When 71 people are found dead in a parked truck in Austria, and on the same day, dozens are feared drowned after a boat capsizes off Libya, do semantics matter?

The International Organisation for Migration estimates 2,373 people have died so far this year trying to reach Europe by sea, and 3,573 in the past 12 months.

There have been 267,031 arrivals in 2015. Europe is in the grip of its worst refugee crisis since World War Two.

The UN refugee agency, UNHCR, says it expects the flow of people to Europe to "continue at the rate of up to 3000 people per day." 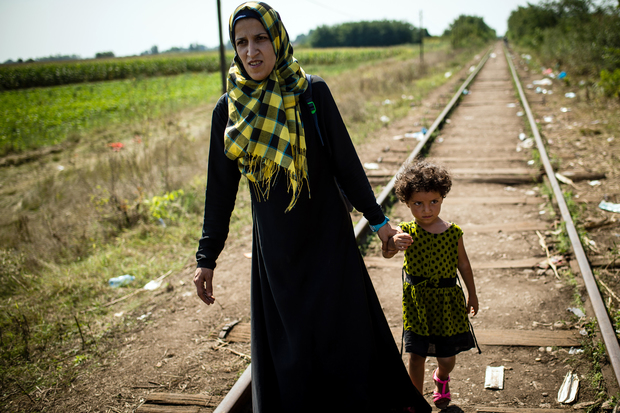 Europe is in the grip of its worst migration crisis since World War Two Photo: AFP

But how should the hundreds of thousands of people on the move be categorised by media and officialdom?

Are these people migrants, refugees, asylum seekers, immigrants or secondary migrants? According to UNHCR, how we define such people does matter.

".....the large numbers of people arriving this year [in Europe] and last year by boats in Greece, Italy and elsewhere. Which are they? Refugees or migrants?

"In fact, they happen to be both. The majority of people arriving this year in Italy and Greece especially have been from countries mired in war or which otherwise are considered to be 'refugee-producing' and for whom international protection is needed.

"However, a smaller proportion is from elsewhere, and for many of these individuals, the term 'migrant' would be correct.

"So, at UNHCR we say 'refugees and migrants' when referring to movements of people by sea or in other circumstances where we think both groups may be present - boat movements in Southeast Asia are another example.

"We say 'refugees' when we mean people fleeing war or persecution across an international border. And we say 'migrants' when we mean people moving for reasons not included in the legal definition of a refugee. We hope that others will give thought to doing the same. Choices about words do matter."

New Zealander Corinne Ambler works for the Red Cross in Macedonia and for her, the thousands she sees passing though the tiny Balkan country are simply people in need.

Macedonia is at the forefront of Europe's migrant crisis with about 3000 people arriving on its border every day.

Most come from Afghanistan, Syria, and Iraq. They make their way to Greece, then Macedonia, en route to Hungary and then to other destinations in Western Europe.

"We call them people on the move," Corinne Ambler says.

They arrive tired, hungry, dirty and stressed, she says. When they arrive in Macedonia, they register in a tent the authorities have set up.

"Then they sit and wait in the hot sun for a train."

Because it only takes the train about four hours to cross the country, she says, there is only a small window for groups like the Red Cross to offer them assistance.

"What I am seeing here is quite hard to comprehend," she says.

"It's hard to believe it's happening in Europe. These are human beings, leaving their homes, they don't want to do that, and people need to show them a little bit of humanity."

News network Al Jazeera this week said it would no longer use the term "migrants", because it said the term ''dehumanises and distances''.

"It already feels like we are putting a value on the word. Migrant deaths are not worth as much to the media as the deaths of others - which means that their lives are not. Drowning disasters drop further and further down news bulletins. We rarely talk about the dead as individuals anymore. They are numbers," it says.

"We will instead, where appropriate, say refugee," director of news at Al Jazeera English, Salah Negm says.

The most common routes used by migrants and refugees attempting to reach Europe. Photo: Deutsche Welle

Mark Memmott is standards editor at National Public Radio in the United States, and says his organisation is similarly at pains to categorise people accurately

"Refugees leave their homes or their countries to escape persecution, or they might be seeking safety because of wars..... Some may have been forced from their homes by armed forces. Certainly, many of the people who we've been hearing or reading about are refugees, but they've been coming from more than a dozen countries, and they've been coming for many different reasons; some of them maybe just to seek better lives."

He says the word "migrant" fits them all as it means a person who leaves one country to settle in another.

"We haven't been using the word immigrants for a very sad reason. The people who didn't make it to Europe - the hundreds who drowned - never got the chance to immigrate. One immigrates when you arrive in a new country."

Joanna Kakissis, an NPR reporter based in Greece, makes the point that the distinction between "refugees" and "migrants" nevertheless has consequences for those involved - refugees, she says, have rights under international law.

"About a quarter of a million people fleeing war and poverty have crossed into the European Union by sea so far this year, more than half of them to Greece.

"Most of those who have crossed the narrow sea channel between Kos and the Turkish coast are Syrians fleeing their country's civil war. In Europe, they're treated as refugees and have more rights under international law than other migrants.

Lindsey Hilsum, international editor at Channel 4 in the UK writes in a blog that, "migrant shouldn't be a term of abuse."

"But increasingly it's seen that way, so I personally I am going to stop using it except when there's really no alternative. Refugee I will use, as I always do, to describe someone fleeing conflict, however many countries they've passed through," she says.

Corinne Ambler says anyone could become a refugee, given the right circumstances.

"At the end of the day, they're people, they're human beings, and other human beings should treat them like that." 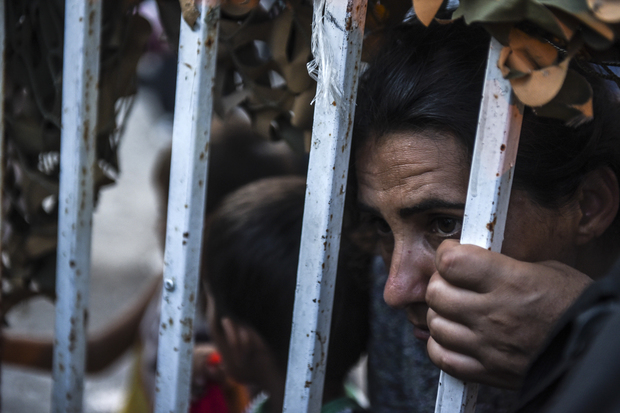 Radio New Zealand's policy is to use both the terms "migrant" and "refugee" depending on the circumstances.

Where it is clear we are describing a person or group of people fleeing persecution or warfare, we prefer the term refugee or refugees. Where this is unclear, we may use the term migrant or migrants.

The term "illegal migrant" should never be used. As any other person, migrants are not "illegal." They are in an "irregular" situation or "undocumented".

There is no internationally recognized definition of migrants. The International Federation of Red Cross describes migrants as people who leave or flee their places of habitual residence to go to a new place, across international borders or within their own state, to seek better or safer perspectives.

A person who meets the eligibility criteria under the applicable refugee definition, as provided for in international or regional refugee instruments, under the United Nations High Commissioner for Refugees' mandate, and/or in national legislation.