Extra sniffer dogs and fencing are to be offered to Calais officials to help them deal with high numbers of migrants trying to reach the UK, the PM says. 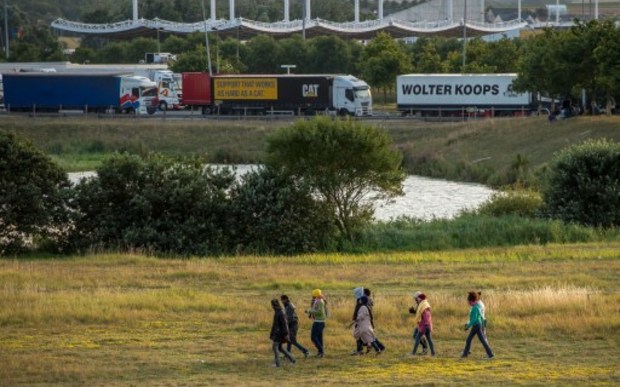 Migrants try to enter inside the Eurotunnel site to attempt to reach Britain, in Coquelles near Calais, northern France, on July 31, 2015. Photo: AFP

David Cameron spoke to French President Francois Hollande on the telephone on Friday and said the pair had agreed to work to tackle illegal immigration.

The PM has warned the situation will be a "difficult issue" throughout summer.

There have been thousands of attempts by migrants to access the Eurotunnel terminal, affecting train services.

The crisis has led to major congestion on both sides of the Channel, with passenger services disrupted and 6,000 lorries parked in queues along the M20 in Kent as part of Operation Stack.

Ministers said they were considering setting up temporary lorry parks to ease the pressure on roads, but the Road Haulage Association said the measures were not enough.

And there were further problems in Calais on Friday when former MyFerryLink workers protesting against job cuts blocked road access to the port area by burning tyres.

On Friday evening, Downing Street said the prime minister and Mr Hollande had "both expressed concern about the immediate security challenges and reiterated their commitment to continue working closely together to tackle the problems". 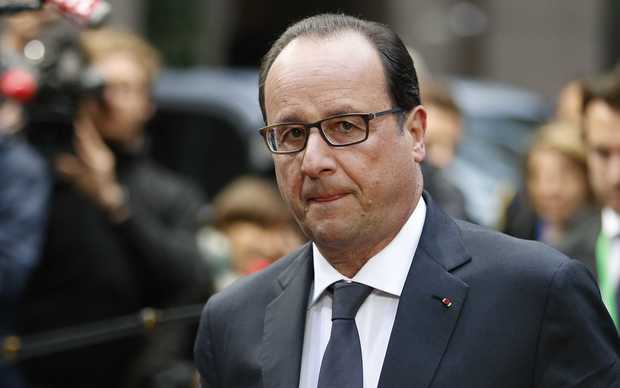 "Both leaders agreed on the need to work with Eurotunnel to monitor and secure the area and for respective ministers to continue discussions over the coming days to implement additional measures that could further improve the situation on the ground."

Speaking earlier after he chaired a meeting of the government's Cobra emergency committee, Mr Cameron said the provision of extra French police at the Eurotunnel site had already had "some effect" on disruption.

Fencing supplied by the UK government earlier this month is being put up around the platforms where vehicles board the Eurotunnel shuttle and the work is expected to be completed in the coming days.

But Mr Cameron said the government would "further boost security by funding additional fencing to shore up as much of the perimeter as necessary. More Border Force search and dog teams will also be sent in." 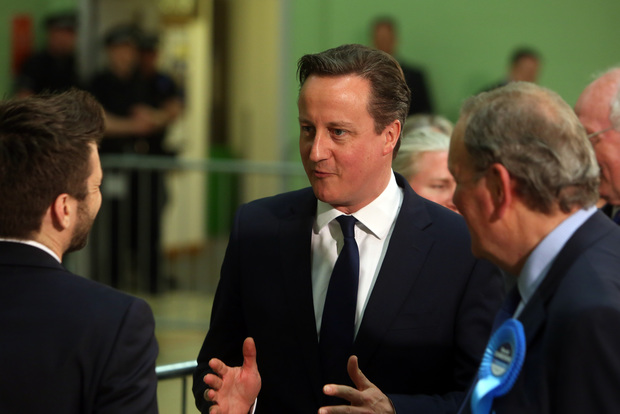 He said: "We rule nothing out in dealing with this very serious problem."

The UK is offering to replace green mesh fencing at the Eurotunnel entrance perimeter in Coquelles, near Calais, with solid fencing of the type normally seen at Nato summits.

Meanwhile, Operation Stack - in which lorries queue on the M20 when Channel crossings are disrupted - is expected to continue into the weekend.

Ministry of Defence sources suggested land could be released for an alternative lorry park to help ease the backlog - but they dismissed reports that service personnel were poised to play any significant role.

But Richard Burnett, chief executive of the Road Haulage Association, said Mr Cameron's proposals were "not enough" and the situation was "out of control".

"They are just sticking plasters in terms of trying to resolve this problem," he told BBC News.

UKIP leader Nigel Farage told BBC Radio Leeds freight could start moving again quickly if lorries were diverted to other ports, such as Ramsgate, and travelled via Belgium.

Former Foreign Secretary Jack Straw told BBC Radio 4's The World At One that the Schengen agreement - which allows border-free travel throughout Europe - was "only ever going to work in good times... You now see the price that Europe is paying".

The fourth night of disruption came as UK police and social services struggled to cope with the impact of events across the Channel.

Kent County Council asked Home Office officials for support in dealing with the arrival of hundreds of young migrants in Dover. In the last three months, the number of under-18 asylum seekers in the care of the council has doubled to 629.

Police officers from neighbouring forces have also been deployed to Kent to help with Operation Stack.