A new report reveals Canada was the dominant foreign investor in New Zealand in the past two years. 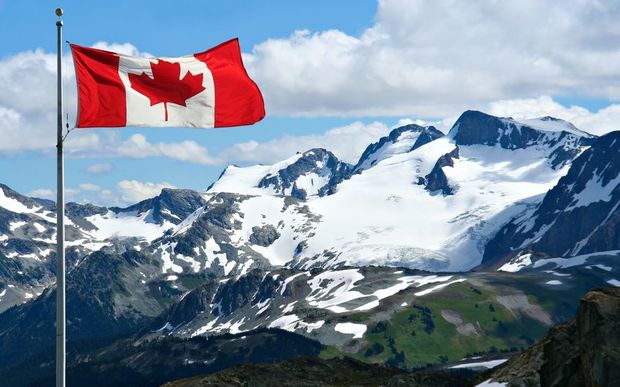 The study by financial services firm KPMG found Canada accounted for 22 percent of overseas investment in 2013-2014.

It looked at major transactions but did not include residential property.

China - though by far the biggest foreign player in the dairy sector - was second on overall investment with 14 percent, followed by the US (13 percent) and Australia (11 percent). The US was the biggest buyer of land in that period.

The report, Foreign Direct Investment in New Zealand: Trends and Insights is the second of its kind by KPMG and is based on Overseas Investment Office (OIO) decisions over the last two years.

The value of applications approved by the OIO in the period totalled $14.2 billion.

KPMG said foreign direct investment (FDI) was an area which frequently tested the comfort zone of a country.

"Fears of a loss of sovereignty, dealing with different cultures, uncertainty as the actual benefits of investment and the implications for future generations are frequent discussion points in the media and the wider public."

It said FDI can be important for the nation's prosperity, particularly with new productive assets or new export ventures. 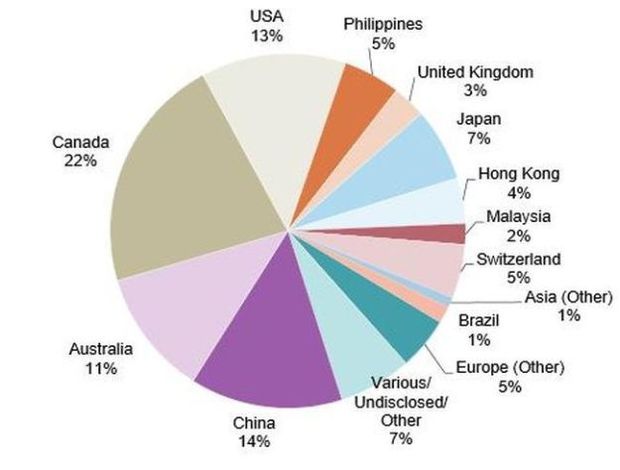 Canada was the largest source of foreign investment during the period, as its pension fund bought 18 properties in a portfolio from AMP and increased its stake in Kaingaroa Forest.

KPMG partner Justin Ensor, one of the report's authors, said despite the media attention, China has not been as dominant as it has been made out to be, contributing to only 14 percent of the total foreign investment.

Chinese investors spent more than $1.9 billion over the two years on mainly dairy and real estate ventures. They included the purchase of Waste Management, a new milk powder plant in Pokeno south of Auckland, a new infant formula factory, a majority stake in Synlait Farms and the $172 million purchase of land on Pararekau Island in the Manukau Harbour to develop a luxury resort.

Mr Ensor said unlike many foreign investments, a large part of investment from China was in new assets, rather than buying existing assets, which increased the country's productive capacity.

China and Hong Kong together accounted for 41 percent of investments in agribusiness, mainly in milk processing. However, KPMG expected that to slow with the decline in international milk prices, and overseas speculators buying farms in forced sales.

The report noted that the US and China accounted for half of the top 10 transactions, reflecting their focus on larger deals.

It said the US was the biggest land buyer in the period after two major forest acquisitions. Its land acquisition totalled 115,000 hectares, 46 percent of all land acquired by foreign buyers. China bought 11 percent, the Netherlands 9 percent.

Mr Ensor said overall the figures showed that despite media and public perception, the US , Canada, Europe and Australia accounted for about 59 percent of total foreign direct investment, while the Asian region's share was 33 percent.

He said some fears about Chinese investment were valid.

"When we're dealing with China, it's going to be a big world power ... and it's at the corrupt end of the spectrum compared to many other countries including ourselves."

But Dr Wilkinson said uninformed anxiety could lead to "silly defensiveness" and it was important that New Zealand built good relationships with China.

Racist attitudes and red tape were making New Zealand one of the most restrictive regimes in the world, he said.

But Green Party co-leader James Shaw said New Zealand was losing ownership of the building blocks of its economy - and the Government should put a stop to it.

The ability of the country to add value to primary products and develop its economy was being undermined, he said.

"So for example, you've got a situation now where there's a Chinese investor who has bought agricultural land in New Zealand and is also now setting up the processing factory for that milk in New Zealand.

"So they're capturing the entire value chain the whole way through."