A humpback whale calf spotted in Cook Strait is only the second newborn ever seen in New Zealand waters, the Department of Conservation (DOC) says. 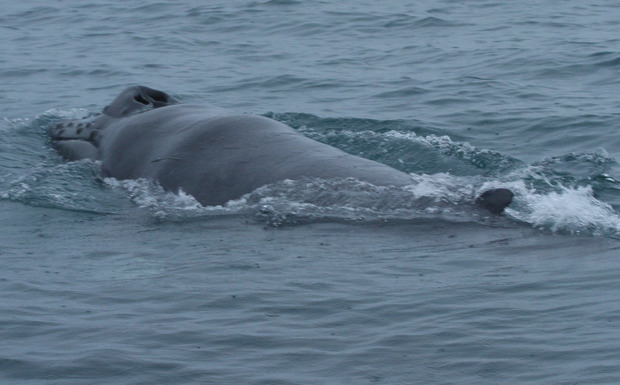 A newborn humpback whale has been spotted in Cook Strait - and is only the second seen in New Zealand's waters. Photo: DOC Cook Strait Whale Survey

The sighting was made yesterday by researchers carrying out DOC's annual survey of New Zealand's humpback whale population.

Expedition leader Nadine Bott said seeing the calf was a special treat for the survey team.

"We marvelled at how lucky we were to witness such a miracle as a newborn whale. We hope it travels safely to warmer waters."

"[The calf] still had faint foetal folds and was about three to four metres in length. It was probably several days to a week old but it is hard to be sure. The mother was relatively small and the calf was possibly her first.

"The two whalers who work with us assure me they never saw newborn calves in their day." 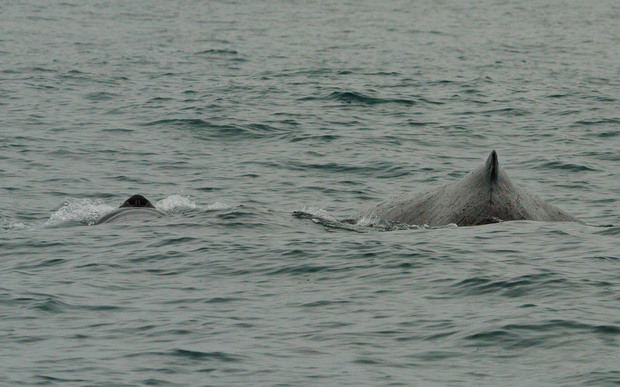 The calf - pictured here with its mother - is estimated by DOC to be less than a week old. Photo: DOC Cook Strait Whale Survey

The remarkable sighting comes just two days after a famous albino humpback, Migaloo, was spotted by the same survey team.

The DOC survey assesses humpback whale recovery since the demise of commercial whaling in 1964, and estimates New Zealand's humpback population.

Ms Bott said this was a promising indication New Zealand's humpback population was "bouncing back". 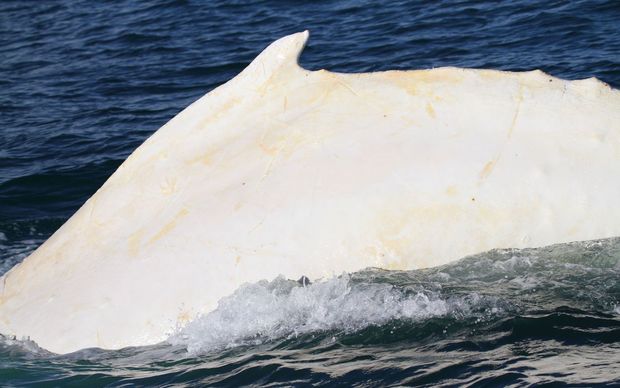 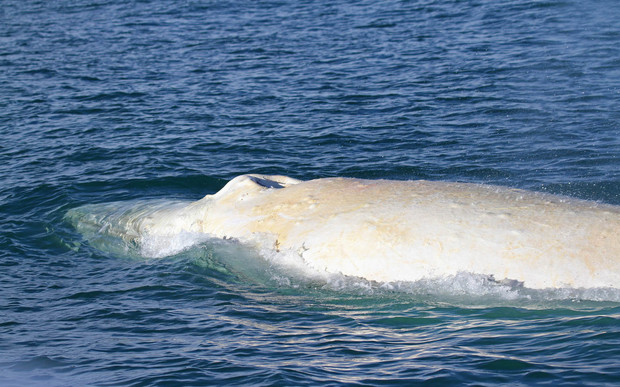