The Press Council has found the New Zealand Herald used "elements of subterfuge" to persuade a young waitress who had accused the Prime Minister of repeatedly yanking her ponytail into going public with her story. 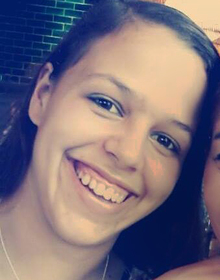 Amanda Bailey is no longer working at the Rosie Cafe in John Key's Parnell neighbourhood, which was the scene of the serial ponytail pulling she described in an anonymous article for left-wing website The Daily Blog in April.

Ms Bailey has not spoken publicly since she posted another blog accusing New Zealand Herald journalist Rachel Glucina of duping her into giving an interview, something Ms Glucina and the Herald strongly denied.

Ms Glucina has resigned from the Herald to work for MediaWorks and could not be contacted today.

Blogger Martyn Bradbury, who published Ms Bailey's initial anonymous account of the Prime Minister's serial hair-pulling, said she had told him she was "not surprised" by the Press Council's decision.

He rang Herald editor Shayne Currie the night before the story ran to say Ms Bailey did not give her consent.

"This is pretty shonky journalism... there was some criticism that the young woman had come to a blog in the first place if she wanted to be taken seriously - but look at how the mainstream media have handled the story. I think the New Zealand Herald were disgraceful."

But Mr Bradbury said the ruling did not do much to help Ms Bailey, and there was no financial penalty for the Herald.

The editor of the Herald at the time, Shayne Currie, has just been promoted to editor-in-chief of the Herald's group of titles. He did not return calls from Radio New Zealand today, nor did his former boss Tim Murphy, who retired two weeks ago.

Read the full ruling by the Press Council

He said the paper had been unable to equivocably state that Ms Glucina had identified herself and her intentions to the woman at the centre of the story.

He said the only justification for journalists not revealing their identity was if they would be in danger - such as during war reporting - or the public interest in the story justified going under cover.

"Clearly neither was the case here."

Mr Ellis said while the Press Council had no power to impose financial penalties, the censure was "a very serious matter indeed" and Mr Currie would be "taking it to heart".

While the paper has printed a full account of the council's decision - as it was required to do - Mr Ellis said it should also apologise to Ms Bailey, which would also prove it accepted the findings.

"The newspaper has been found wanting - it's reputation is the single most important thing it has - and it needs to make it abundantly clear to the public that it has learned from the episode."

Mr Ellis agreed the Press Council could do with "a few more teeth", such as the power to investigate and compell people to give evidence, not just statements of claim and defence.

He noted there was no statement from Ms Glucina herself in the Herald's response.

In its decision, the Press Council noted the determination had been "difficult" because of the incomplete information available.

"There has been some investigation by the New Zealand Herald, but the Press Council does not have powers of investigation and must determine complaints on the information supplied to it by the media and complainants, supplemented by any relevant information that may be in the public domain.

"In this case, it has not had any information directly from Ms Bailey or her employers but has had to rely on the published material along with submissions from the complainants and the New Zealand Herald."

The council said the paper should have declared Ms Glucina's friendship with the cafe owners, whose interests may have conflicted with their employee's.

The owners of the Rosie Cafe, Jackie Grant and Scott Brown, could not be reached for comment.

Unite Union, which previously announced it would be helping Ms Bailey with her employment issues, declined to comment.

However, Radio New Zealand understands that mediation has taken place.