The Prime Minister says he sincerely regrets the hair-pulling incident and everyone on the planet would agree he misread the situation. 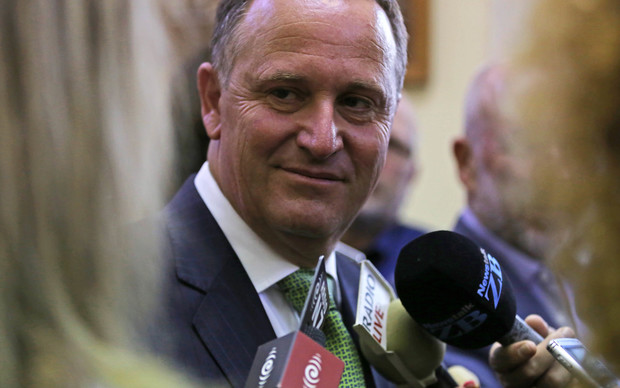 John Key will be back in Parliament this week where he will face questions about his repeated pulling of an Auckland waitress' ponytail.

He confirmed that he is paying for the legal advice he has sought. Mr Key said he did not expect to face charges but had taken legal advice after serial litigant Graham McCready made a complaint.

He has apologised to the waitress, Amanda Bailey, for pulling her hair over several months whenever he visited Rosie cafe near his Parnell home.

He told Morning Report he should have read the situation better.

"Clearly I've misread the situation. I can absolutely assure people it was, it was really meant in...in good humour and nothing else.

"There was some context there in the wider environment, but you know, every... every person on the planet would accept that I should have read that situation better, and I clearly didn't and I regret that and I've apologised sincerely for it. "

The Prime Minister went on to say that his conduct would be forced to change as a result of the incident.

He refuted the suggestion that it was a sexist act, and said he could just as easily have pulled the hair of a man.

"I could have, yup... there's a bit of context there. The context was a very good-natured environment that we were in, and it was very much a sort of thing in jest. So, yes, technically it would have been possible."

The Prime Minister was on his way to Gallipoli for the Anzac centenary commemorations when the story broke that he had to apologise for repeatedly tugging the waitress' hair. The story instantly went global, with overseas news media mocking his behaviour.

But he wouldn't be drawn on whether or not he had embarrassed New Zealand.

"Well, I hope not. I mean we live in a global world where you know all sorts of stories do actually go round the world in varying form. I mean I didn't pick up any single newspaper in any country I was in and saw it. So, the fact that something goes round the internet is quite standard these days."

Last week, the deputy Prime Minister, Bill English was left to face the music in Parliament, answering questions from opposition MPs about the Prime Minister and his hair pulling.

Mr Key will face up to Cabinet colleagues today, before coming under fire from opposition MPs in question time tomorrow.

He ruled out a formal apology to his party caucus.

"No, I don't think that will be required. I was up at the national party conference at the weekend... and I think it's fair to say that they are focused on the other issues. We've got a budget coming up and a whole lot of other things and I really don't that they'll find that necessary."

The prime minister is also having to manage MP Judith Collins, who wants her Cabinet job back.

Ms Collins resigned as a minister weeks before last year's election amid smear accusations. A government inquiry later cleared her from wrongdoing and she says now the matter has been cleared up she wants back in.

But Judith Collins also told TVNZ's Q+A programme yesterday she had no timeframe on when she should be returned to Cabinet and that it was completely up to the Prime Minister.

Mr Key says he does not rule out putting the MP back into Cabinet but it is a matter of when a position becomes available.