The Labour Party has questioned the Minister of Education over how a charter school in Whangarei has been able to end up with $2.5 million of unspent government funding.

Hekia Parata has defended the funding of the school in Whangarei, saying it was performing well. 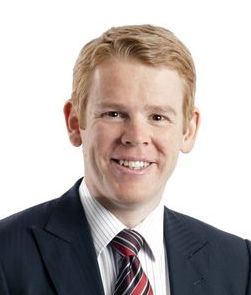 The first group of the publicly-funded private schools opened last year followed by a second group this year.

"How can she claim that the funds being given to partnership schools are being used for education when He Puna Marama Trust received $3.9 million in government funding to the end of last year - yet their audited accounts show they only spent $1.4 million on education, leaving $2.5 million unaccounted for?"

The minister said Mr Hipkins was "quoting selectively" from the accounts.

She said the trust was responsible for other schools, including early childhood centres and an academy.

But Mr Hipkins wasn't satisfied: "Does she think it is a good use of taxpayer's money to provide He Puna Marama with a grant of $1.8 million to set up a school given they leased a premises that their accounts show is only costing them $68,000 a year?"

"We take the formula provided for mainstream schools, we benchmark against Decile 3, we cash it up, we provide it with a contract, that contract is specific and public, and then we report the outcomes."

But Mr Hipkins still said he wanted an answer over where the extra $2.5 million He Puna Marama received had gone.

But Mrs Parata said it was inaccurate to suggest the trust's funds were unaccounted for.

"They are accounted for. The member just doesn't like the way they are using their funds," she told the House.

The school's accounts also showed it had nearly $2 million in the bank, apparently thanks to government funding received in 2013 but not yet spent.

Meanwhile, Mr Hipkins also wanted to know why another Northland charter school, Whangaruru School, was still open after it received one month's notice in March.

Mrs Parata said she commissioned several reports and she was working through the process with the school.