The Ministry for Primary Industries is being negligent in loosely applying the law for exporting swamp kauri, the Green Party says. 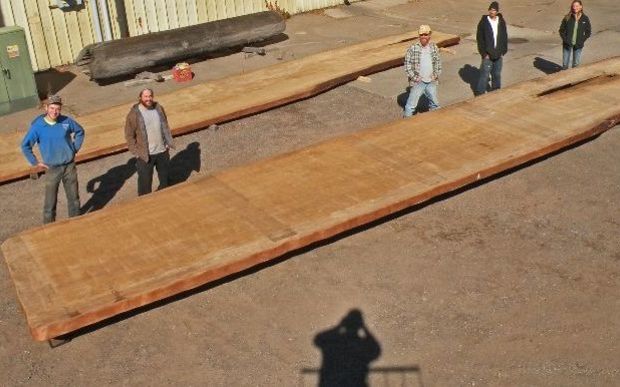 The ministry says it is aware of an American company that imports large rough cut slabs of New Zealand Kauri, but says it is not illegal. 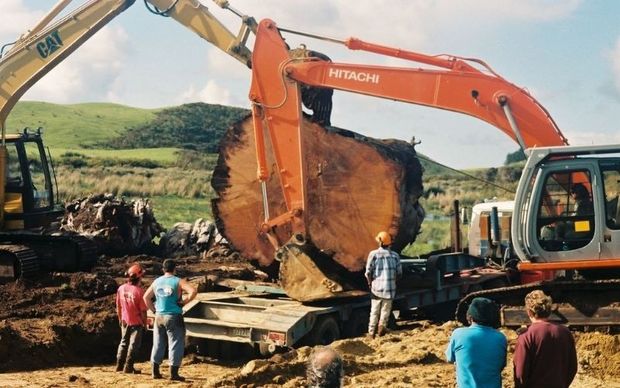 They include a 13-metre piece it calls the largest board in the United States, and which has an asking price of $US100,000.

"I import raw ancient kauri slabs that are cut from the stump section of the tree, as legally defined by the 1949 law," he said.

Under the Forests Act 1949, neither whole nor sawn logs are allowed to be exported. Swamp kauri excavated from the ground in parts of northern New Zealand can be exported only in the form of stumps, stump logs or finished manufactured products.

Dr John Allen of the Northland Environmental Protection Society said the Act is clear that the stump can only be as long as the diameter of the tree, and the slabs clearly came from logs.

Green Party conservation spokesperson Eugenie Sage also questioned how slabs of kauri of the size being sold in the US could be finished table tops.

Ms Sage said the ministry's "sloppy" and "negligent" implementation of the Forest Act was allowing the exports. "And then the American manufacturer claiming that it's legal because it complies with MPI requirements - that's why we need an investigation."

MPI director of forestry and land management Aoife Martin told Morning Report she was aware the US company was buying the kauri slabs and the ministry had inspected and approved products listed on the company's website.

In one video from the Ancient Wood website, an employee ponders what one of the big slabs could be and suggests a dining table or wall art.

One customer of the company, Daniel from the Netherlands, told Radio New Zealand he had bought six slabs of two-metre long kauri.