Australian-owned airline Jetstar is holding out the prospect of at least a 40 percent drop in regional airfares when it begins flying out of four new towns in New Zealand. 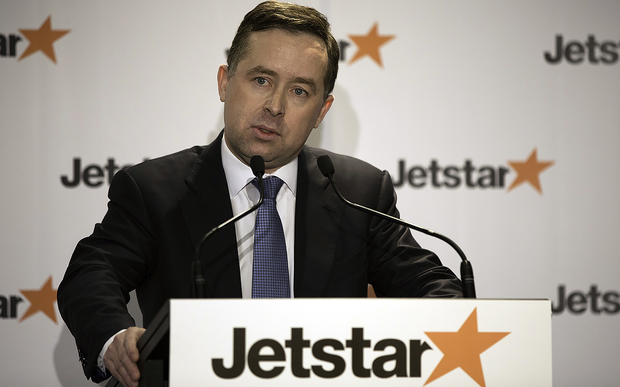 The Qantas-owned budget airline announced this afternoon it would choose at least four airports out of seven being considered - Hamilton, Rotorua, New Plymouth, Napier, Nelson, Palmerston North and Invercargill. A fleet of five 50-seater planes are expected to fly the routes.

The service is expected to create at least 100 new jobs for pilots and cabin and ground crews.

The new regional fares are expected to go on sale in September, with flights expected to start in December.

Qantas chief executive Alan Joyce was in Auckland with Prime Minister John Key for the announcement.

"[We are] working out what is the demand, what are the economics in terms of the airport charges, and what works for those in terms of building up the best market and the best demand."

Jetstar's parent company Qantas is only just recovering from huge losses, partly by way of massive job cuts - while, in New Zealand, many regional airlines have failed in the last two decades, including Tasman Pacific and Origin Pacific.

The head of Jetstar in New Zealand, Grant Kerr, said there was no chance the latest announcement would not go ahead.

"We're committed to moving into regional centres with Jetstar. We've just got to lock down exactly what destinations we'll be flying to... We've committed to flying regionally in New Zealand."

Prime Minister John Key said today's announcement would be met with joy by the public.

It would create jobs, mean cheaper fares and choice for New Zealanders and international visitors, and would provide a welcome boost to regional economies, he said.

"They'll be plenty of airports and mayors and residents around the country in the regions that you're going to fly to that will be very happy with the announcement today."