Prime Minister John Key has warned that people smugglers are now using boats which have the capability of getting to New Zealand.

Mr Key has confirmed the government received advice that a boat carrying 65 people from Sri Lanka and Bangladesh, which was intercepted by the Australian navy off eastern Indonesia, had been heading to this country. 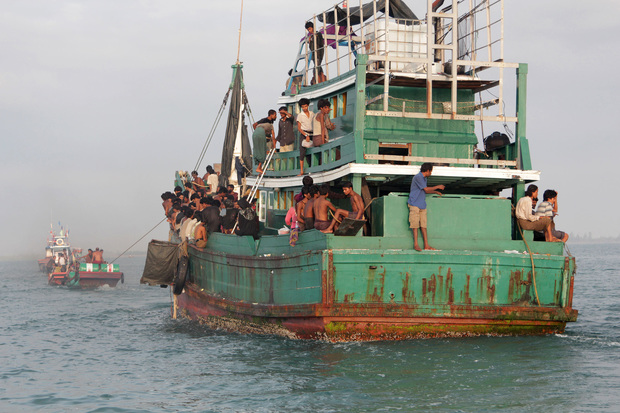 Thousands of migrants, mostly Bangladeshi or Rohingya Muslims from Myanmar, have arrived in Indonesia, Malaysia and Thailand since the beginning of May. Photo: AFP 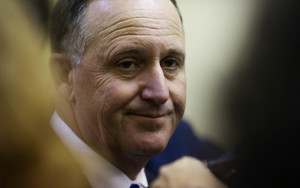 In the latest case, the boat was pushed back into Indonesian waters where it eventually hit a reef and sank. The refugees are being dealt with by Indonesian authorities.

Mr Key said New Zealand had protocols in place to deal with asylum seekers if they reach this country by boat.

"We have a list of options available to us and it's up to New Zealand whether it invokes those options but we didn't get forced to make that call because effectively it just didn't get far enough along its journey."

Labour Party leader Andrew Little said the likelihood of a boat in the state most refugee vessels were in making its way to New Zealand was "so remote as to be negligible."

Asylum seekers 'trying to get to NZ'

The asylum seekers are being held on Rote Island off West Timor after crashing onto a reef near the remote Landuti Island. One of the crew members fled from police and has not been located.

Island chief of police senior commissioner Hidayat told the ABC the latest boat was intercepted by an Australian border patrol after setting off from West Java on 5 May.

The asylum seekers told police they were transferred onto a more seaworthy wooden boat, given dried fruit, biscuits, fuel and life jackets and escorted back to Indonesian waters, where their boat hit a reef.

Those aboard - 54 Sri Lankans, 10 Bangladeshis, one person from Myanmar and five additional crew - told police they were trying to get to New Zealand.

They asylum seekers were found Monday by fishermen after the crash and were to be transferred to Kupang in West Timor. The Australian Government is yet to respond to the claims.