Solar power use is increasing according to new research which shows the number of installations trebling in 18 months. 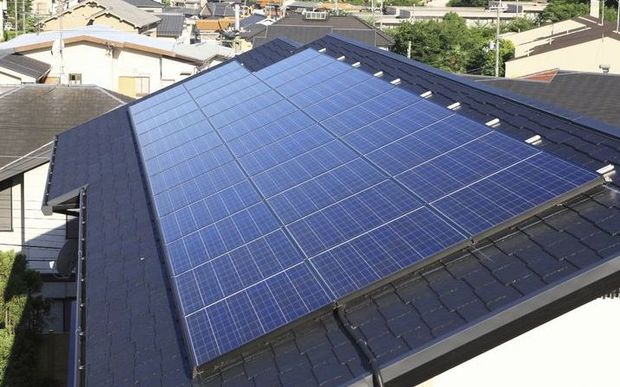 The figures, released by the Electricity Networks Association, show 1630 solar power systems had been installed by October 2013.

By March this year, that number had climbed to 5367 - a 220 percent increase over the previous 18 months.

The Association warned that lines companies would need to find different ways to fund themselves if large numbers of households make the switch to generating solar power.

Most of the solar systems were installed in homes as people sought to lower power bills. 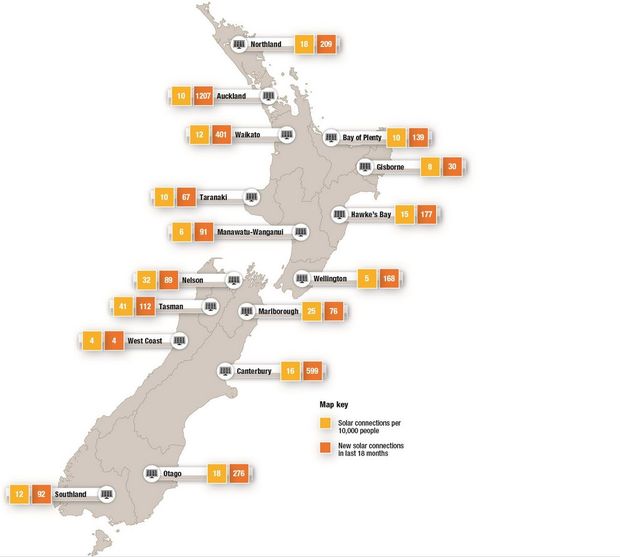 A graph showing the uptake of solar panels in different parts of the country. Photo: SUPPLIED / Electricity Networks Association

Aucklanders installed by far the most panels, followed by the top of the South Island.

In Tasman district, 41 per 10,000 people have solar systems in place, compared with a national average of 12.

Uptake has also been strong in Otago and Southland, where solar arrays per person are the same or higher than in sunnier areas such as Auckland, Bay of Plenty and Gisborne.

The lower North Island and West Coast installed the least.

The city with the lowest rate of solar uptake is Wellington, with only 2.7 solar installations per 10,000 people.

He said the increasing use of solar power presented a challenge for lines companies.

Mr Peters said improvements in batteries would act as a game changer for the entire electricity sector.

He said being able to store power from the middle of the day when the sun was out and then use this in the evening, would make people less reliant on the national grid.

Mr Peters said when this happened, lines companies would need to reconsider the way they are funded.