Meridian Energy has again reduced the price it pays to buy excess energy back from its solar customers. 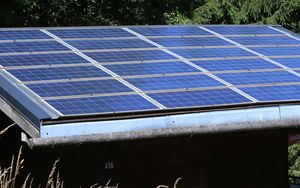 In November, both Meridian and Contact Energy announced they were cutting their buyback rates for new customers by up to 50 percent.

This week, Meridian told its solar customers the same cuts would apply.

From July the 1st, the rates will be seven cents per kilowatt hour in the summer, and 10 cents in the winter.

The rate was previously 25 cents for the first five hours a day and 10 cents after that.

Meridian said the cuts more closely matched the prices it paid on the wholesale market.

"At a local level, we're still seeing quite an interest in solar and installation of solar and micro-wind, because people are starting to use the system in a better way."

Contact Energy said it had no plans to cut rates for its existing customers.