OPINION: Last year, FIFA made a film. Made on an estimated budget of $37 million and almost entirely funded by FIFA, United Passions traces the birth and rise of world football's governing body. 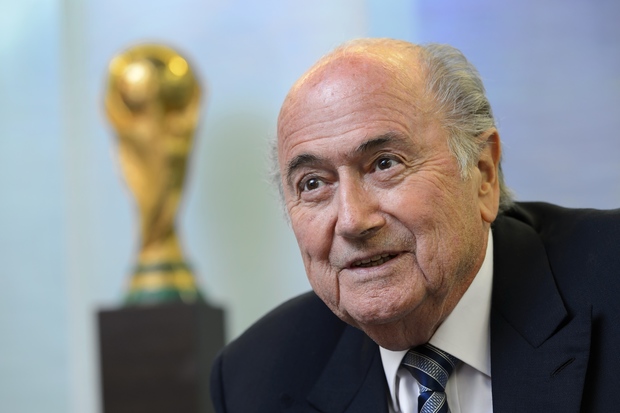 It also depicts the early days of Sepp Blatter, then a mere underling.

During the film, the heroic Blatter, played by Tarantino-favourite Tim Roth, pays FIFA employees out of his own pocket and gives a lecture warning about the dangers of corruption.

Unfortunately for FIFA, and Blatter, the critics scoffed and no one went to see it.

And so, like FIFA, the film has become a running joke.

We can laugh or despair at the film, especially now after a disastrous week for FIFA.

Over the past few days, nine senior FIFA officials have been indicted on multimillion dollar corruption charges brought by the US.

Despite the incredibly inconvenient timing, and the head of the European governing body UEFA Michel Platini calling for him to stand down, Blatter was re-elected FIFA president two days later at the congress in Zurich.

In a speech to the opening ceremony of the congress Blatter said: "I cannot monitor everyone all of the time."

The chief executive of New Zealand Football, Andy Martin said he was "disappointed" and "surprised" that Blatter had been re-elected.

"I think personally I was very surprised there was still a lot of people [at the congress] who didn't think there was a need to change," he said.

"Given his tenure in the role, and that a lot of problems have happened in that time, it's quite difficult to accept that he wasn't aware or able to do anything to affect the change that's needed today."

The fact that FIFA is under a corruption investigation is unsurprising to most who follow football.

Rumours of bribery and deceit have long swirled around the organisation.

If there was ever a moment for alarm bells to ring, it was the awarding of the 2022 World Cup to Qatar, which has never even played in the tournament.

But, as bad a week as it has been for those running football, it has been a great one for the game itself.

Something is finally being done.

Naturally, change has not come from within FIFA, but without.

Seven officials and associates were arrested in Zurich last week, as FIFA gathered for its congress.

In a statement the Swiss Office of Justice said the arrest warrants were issued following a request by US authorities, who alleged the suspects had received more than $100 million in bribes between the early 1990s and the present day.

The US, never at the forefront of anything football-related, were for once the heroes.

In his victory speech following re-election, Blatter said: "I take the responsibility to bring back FIFA where it should be".

As the man who has presided over the organisation for so long, it is a wonder he hasn't taken up that responsibility sooner.

There's a pretty big tournament going on, by the way - in New Zealand.

The Under-20 World Cup kicked off, and the Junior All Whites drew 0-0 against the Ukraine.

For 90 minutes, the cloud of scandal passed. Football is not played by men in suits.

There are more allegations and possibly worse days to come for FIFA, as Blatter himself readily admits, but a marker has been firmly laid down.

After the world football organisation's biggest crisis yet, the next film will have to be one of redemption.