Helen Clark has appeared on a list of the 100 most powerful women in the world. The former prime minister is now the head of the United Nations Development Programme (UNDP), the first woman to fill that role.

Forbes magazine ranked Miss Clark at number 23 in 2015, noting it had been a busy year for her agency which handed out aid money to help with the Syrian refugee crisis, reconciliation efforts in Southern Sudan and the Ebola crisis in Sierra Leone.

The development programme, which oversaw a budget of $5 billion, had also copped criticism last year for mishandling millions of dollars worth of payments to Afghan police.

Miss Clark's name has been floated as a possible successor to the UN Secretary-General Ban Ki-moon when his term is over in 2016.

According to Forbes she wasn't quite as powerful as the singer and entrepreneur, Beyonce Knowles, ranked 21, but more powerful than another chart topping singer songwriter, Taylor Swift, who came in at 64.

Helen Clark has appeared on the list 10 times and was ranked 23 last year as well.

In her time as head of the UNDP she's managed to rocket up the list from 61, when she first took on the job in 2009.

For the fifth year in a row Forbes ranked the German Chancellor, Angela Merkel, as the most powerful woman in the world but asked if she could finally be knocked off her perch next year following the US presidential elections, which are being contested by the former Secretary of State, Hillary Clinton.

This year Clinton had to settle for second place.

The list includes eight heads of state, including one monarch, who head nations with a total GDP of $9.1 trillion and 600-million citizens. 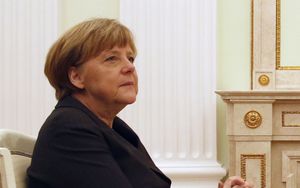 There are 24 company chief executives controlling annual revenues of more than $1 trillion, including the world's youngest self-made billionaire, Elizabeth Holmes.

The 31-year-old Stanford University drop-out, who is worth $4.6 billion, made her money from inventing cheap and easy to use blood tests to detect diseases.

Women still have a long way to go to catch up with men however, making up just 4.6 percent of all CEO's in the world and 11 percent of the world's billionaires.

Most of the women (59) are American, followed by 18 in the Asia-Pacific, 12 Europeans, four in Latin America and the Middle East and three Africans.

In creating the list, the magazine says it uses four metrics: money, media presence, spheres of influence and impact.

A candidate must be influential across a number of spheres and is judged on how they wield their influence within their organisation.