One of the most significant battle sites of the New Zealand Wars has been bought by the Government. 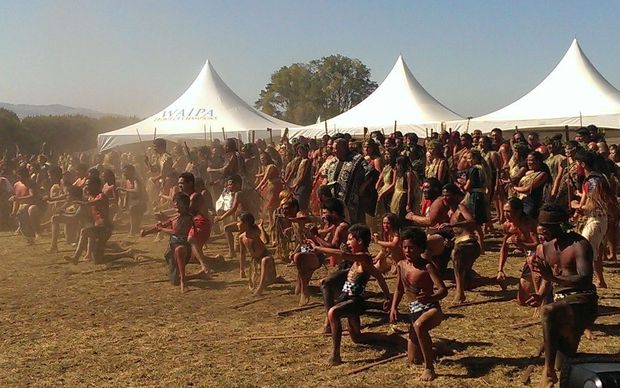 A powhiri last year marking the 150th anniversary of the Battle of Orakau at the site of the battle. Photo: RNZ / Andrew McRae

The site of the Battle of Orakau, near Te Awamutu, will be placed in a land bank overseen by the Office of Treaty Settlements.

Consultation with local iwi, the Heritage Society and Waipa District Council will continue over the future of the 10-hectare property.

It was the site of a major battle between Maori and British forces over three days in 1864.

British forces estimated at nearly 1400 men faced off against 300 Maori defenders led by Ngati Maniapoto chief, Rewi, a prominent military leader in the Kingitanga throughout the Waikato War.

Maori sustained many casualties, and the site is recorded as a wahi tapu area.