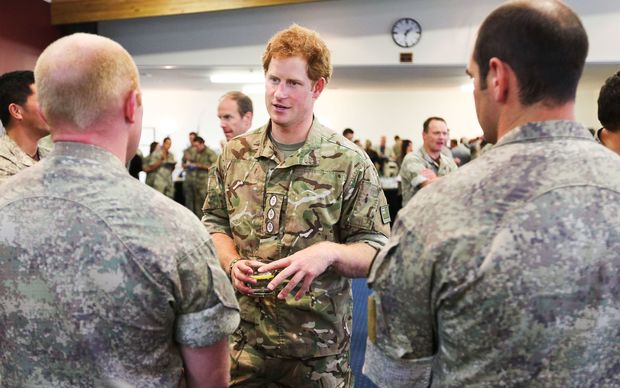 Prince Harry has been in the British army for 10 years, where he is known as Captain Harry Wales. He arrived at Linton, near Palmerston North, just before midday and was welcomed into the Officer's Mess, where a hangi of chicken, pork, lamb and veges was served.

He chatted to members of the Defence Force, including wounded soldiers, families of the fallen and Invictus Games athletes. He looked at ease and interested in what people had to say. 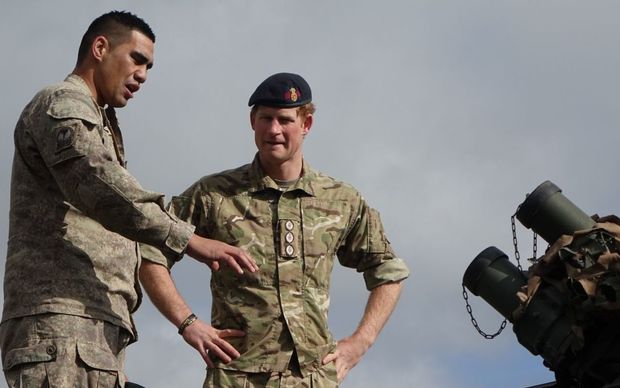 Corporal Poi talks Prince Harry through the intricacies of a LAV before taking him for a spin. Photo: RNZ / Robin Martin

Prince Harry was reunited with wheelchair-bound Corporal Jason Sturley, who had met the prince before and watched him try a game of wheelchair rugby at last year's Invictus Games.

"He was seeing how we were doing for the Invictus Games. He's a fantastic guy. Down to earth. Very genuine," he said.

"We had a bit of banter. We joked about wheelchair rugby. He's had a go at it. He competed. He said everyone treated him like anyone else out there."

Corporal Sturley was injured in a 2007 deployment in the Solomon Islands, losing a leg due to septicaemia.

"It's an awesome thing for him to take the time out to come here. Couldn't be better, especially as a serving member of the armed forces." 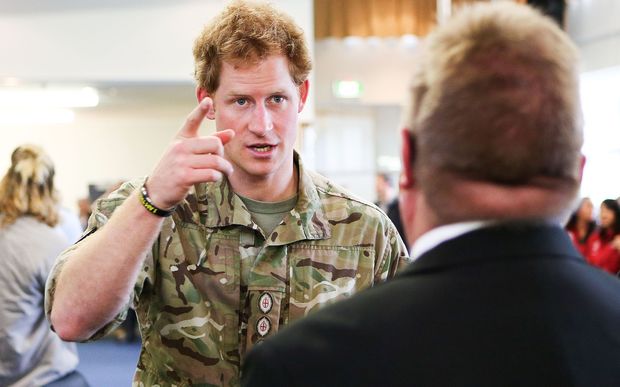 The men and women of One Brigade performed the fiery version of the Tu Prince Harry and then it was straight into private tuition before performing it before the world's media.

Haka leader Warrant Officer Brett Pene said the prince appeared a little nervous a first but acquainted himself well with the haka, which celebrated the fighting men and woman of the New Zealand Army.

He introduced the kapa haka group: "Tena koe, your Royal Highness, we've got to stop meeting like this ... I hope you enjoy these handsome men and women, and their melodious sounds."

The award-winning Kairanga group, which comprises Linton soldiers and family members, sang a waiata with lyrics referencing fallen soldiers and victims of the Christchurch quake. Clearly impressed, the prince met members of the group afterwards for what the delighted British press described as a "mass hongi". 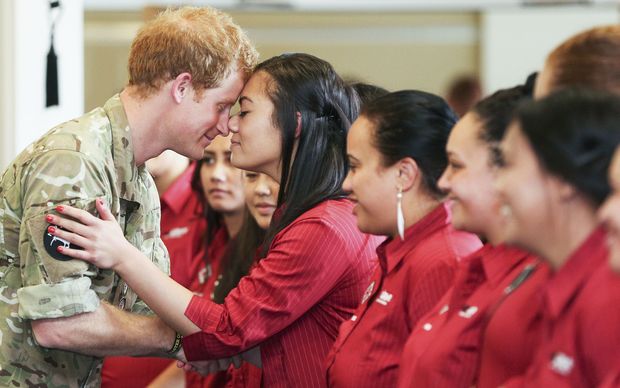 "It was great. He looks awesome in his uniform. It felt pretty normal to me. He's pretty down to earth," Charleigh Te Peeti said.

"You grow up dreaming of meeting a prince, so I was really nervous, but he was awesome," 17-year-old Jasmin McNabb, whose father is in the army, said.

Prince Harry also dropped by the Nursing Corp, which is celebrating its 100th anniversary, to deliver a message from patron Princess Anne.

He recognised Lieutenant Sarah Linehan, who he met in Italy last year at commemorations to mark the 100th anniversary of Cassino.

"Wow, you remember," she said to him. "The weather was a bit different then"

Later Lieutenant Linehan said she remembered how "lovely" Prince Harry was with the veterans and how he related to them personally.

Prince Harry also chatted about Afghanistan to Major Simon Ainsworth, 38, of Linton, who had been to Afghanistan three times.

"We were at Afghanistan at the same time, relatively close. We never crossed paths but there's always awareness when high-profile people are on the ground," Major Ainsworth said.

"We were comparing stories. He was interested in who we were and where we were from, and celebrating our 100th anniversary." 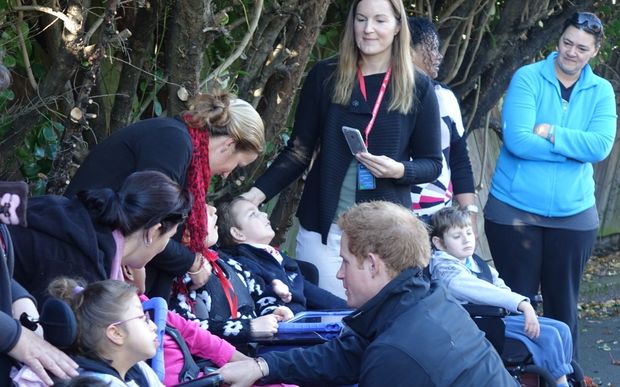 The children were waiting as he emerged from a tour of Christchurch drug and alcohol rehabilitation centre Odyssey House - his final stop on the South Island leg of his tour.

Teacher Rachael McLeod said they were hoping to get a glimpse of the prince so to meet him was amazing for the children.

He took time to talk to each of the children, all whom were in wheelchairs.

Prince Harry had earlier been treated to morning tea at Odyssey House and was suitably impressed by the spread laid on for him.

"Did you make all these," he asked after being introduced to some of the residents.

"Were you busy? I'm disappointed I had breakfast now." 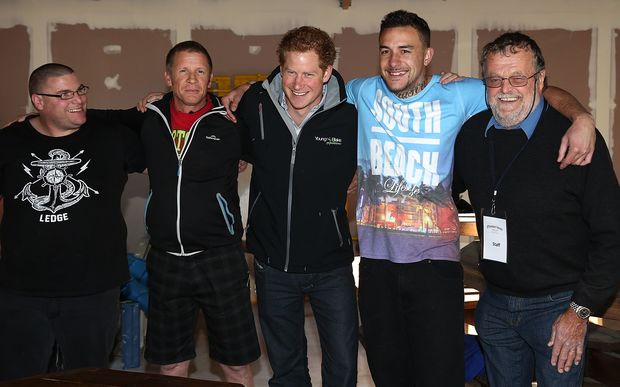 Prince Harry was then escorted outside, where residents were waiting in a workshop with wooden tables they have been building.

He was invited to put a stain on a table, and then spoke to a resident who told him he was an artist. Prince Harry asked if he had any pictures with him, and the resident handed him one he had bought for Harry of his son.

"That's amazing, that's incredible," the prince said. "You're a genius. Don't do tables - do this."

"Maybe I can draw a picture of you and send it to you?" the resident asked.

The prince will visit Whanganui tomorrow and Auckland before leaving New Zealand on Saturday. 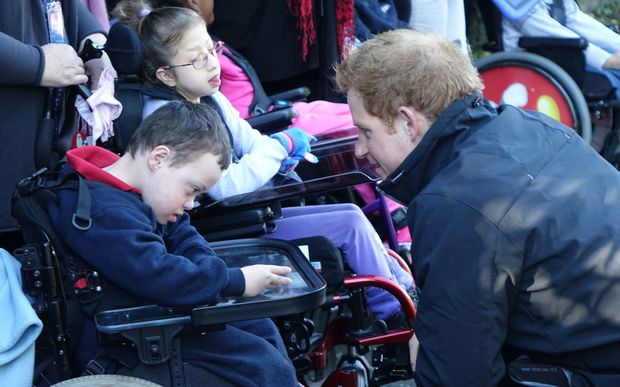