Prince Harry's former matron is delighted that she got the reunion she wanted in Christchurch today. 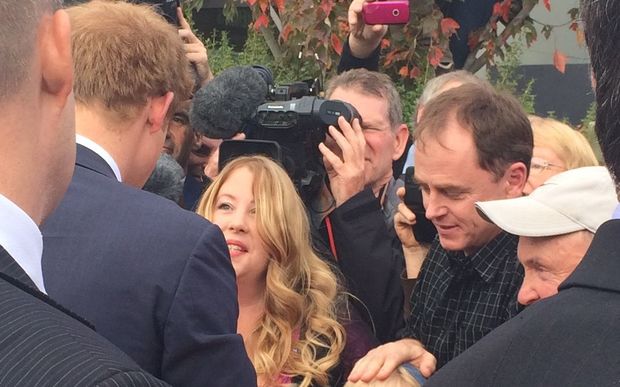 The visiting royal spent about 45 minutes talking to the waiting crowd in Christchurch's Cashel Mall, and Vicki McBratney was one of them.

Ms McBratney was Prince Harry's matron for about a year when he attended the prestigious Ludgrove School in Britain.

She, her husband and their children waited patiently for their turn to talk to Prince Harry and, when the time came, Ms McBratney gave him photos as they reminisced about their memories of Ludgrove.

Ms McBratney, now a pre-school teacher, said the prince recognised her and said it was lovely to see her before shaking her hand and giving her a kiss.

Ms McBratney said she remembered Prince Harry as a lovely boy who was cheeky but not naughty.