What is thought to be the world's largest collection of Antarctic photographs has been handed over to Archives New Zealand. 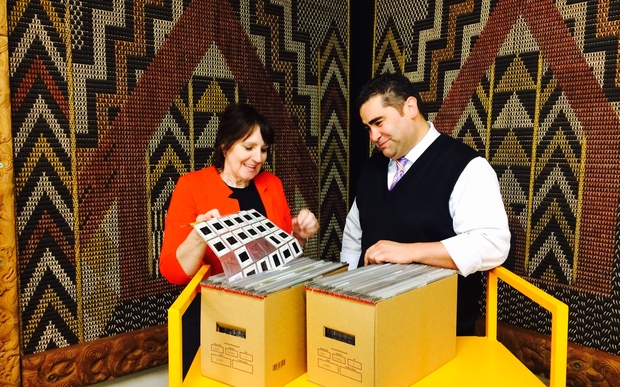 The digital version of the project will be formally launched on June 18. Photo: Supplied / Antarctica New Zealand

They dated back to the Trans-Antarctic Expedition almost 60 years ago, when Sir Edmund Hillary famously raced to the South Pole by tractor.

While much of the collection was taken by professional photographers, others were taken by staff or had been donated by individuals who wanted the material to be publicly available.

Antarctica New Zealand Information Services and Applications Advisor Jenny Ryan said: "This is a significant international achievement, as no other Antarctic nation has assembled a comprehensive pictorial record of their activities in such a systematic way."

Antarctica New Zealand believed it was the largest Antarctic-focused collection in the world.

The images had all been digitised and would be available for public access, held at Archive New Zealand's Wellington repository.

"Kiwi kids can now take a step back in time during their studies and see images of Scott Base, built in 1957 and iconic Mountaineer Sir Edmund Hillary who led the New Zealand contribution to the Trans-Antarctic Expedition in Antarctica."