The US Coast Guard icebreaker Polar Star is not expected to reach a ship trapped in Antarctic ice until at least tomorrow morning. 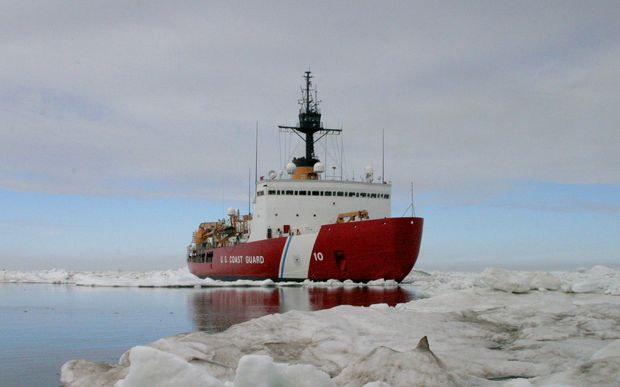 Thirteen New Zealanders are among the 26 passengers on board the Antarctic Chieftain which is trapped with three of its four propellers damaged by ice.

The Australian-flagged vessel is surrounded by ice floes up to three metres thick.

The Polar Star's operations officer, Lieutenant Joel Wright, said when they got there they would break through the ice and tow the Antarctic Chieftain into open water.

He said the trapped vessel might be able to take itself back to port - but if it could not, a New Zealand ship could tow it to the nearest safe harbour.

Another boat, the New Zealand flagged, Talley's fishing boat Janas, is due to reach the scene on Sunday morning. 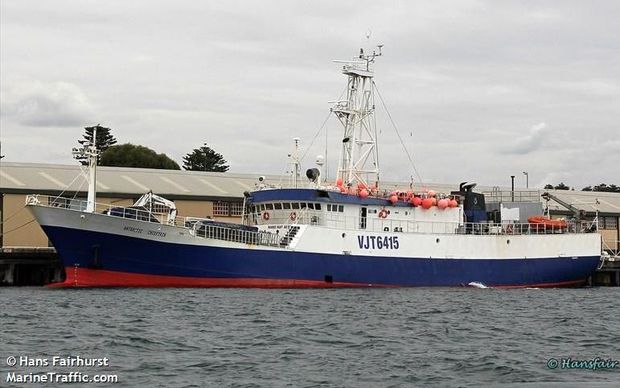 The Antarctic Chieftain asked for help on Wednesday after becoming trapped and damaging its propeller.

The New Zealand Rescue Coordination Centre said the Antarctic Chieftain, a 63-metre Australian boat, was not stuck in ice so there was no danger of its hull being crushed.

But an unexpected build-up of ice floes two to three metres thick and damage to three of its four propellers meant it could get back to open sea without assistance.

The fishing boat is trapped about 1500 kms from McMurdo Sound in Antarctica.

The centre said there were no concerns for the crew who have have plenty of supplies.

Les Scott, the managing director of Australian Longline, which operates the stranded ship, said the crew did nothing wrong.

"There's been a break of some major ice off an ice shelf and, with the weather patterns blowing around us, we took the view it was too dangerous to navigate, particularly when we were unfortunate enough to damage the propeller of the vessel."

In a separate interview, with the ABC, Mr Scott said the crew were preparing for the arrival of the US Coast Guard's icebreaker.

"They're comforted that we've got a major asset to come and get them. My understanding is that crew morale is extremely high and they're extremely busy."

Mr Scott said once the ship was freed from the ice, it would either drive or be towed to the port in Nelson.