Members of an Australian expedition trapped in Antarctic ice for 10 days have finally made it home and have apologised for the high cost of their rescue.

Fifty-two people on Russian research ship the Akademik Shokalskiy arrived in Hobart, Tasmania, on Wednesday morning aboard the Aurora Australis. 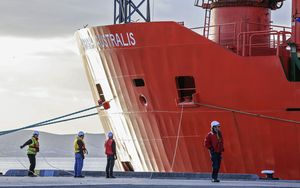 The Aurora Australia docked in Hobart following the rescue of 52 passengers from the Akademik Schokalskiy. Photo: AAP

The Akademik Shokalskiy left New Zealand on 28 November last year on a private expedition to commemorate the 100th anniversary of an Antarctic journey led by Australian explorer Douglas Mawson.

It became stranded in heavy ice near Commonwealth Bay on Christmas Eve with scientists, tourists and journalists on board including six New Zealanders, as several rescue attempts were foiled by fierce winds and the thick ice.

Chinese icebreaker the Xue Long got stuck on its way to help before its helicopter was used to shuttle passengers to the Aurora Australis.

The Australian Antarctic Division owns the Aurora Australis and says the rescue has put its programme two weeks behind schedule. Some media reports say the operation could cost as much as $2.5 million.

One of the expedition's leaders, Chris Turney, says it's too early to discuss compensation but he is sorry if the bill is that high.

"We are terribly sorry for any impact that might have had on fellow colleagues whose work has been delayed from the operation. But any experienced Antarctic scientist knows that's an inherent risk.

"Many of our team members have actually been on the other side - they've supported teams when they've been caught."

Meanwhile, Antarctic authorities want more say over where private expeditions venture, saying it looked at the environmental impact of the Akademik Shokalskiy expedition but not its "operational parameters", AAP reports.

The director of the Australian Antarctic Division, Dr Tony Fleming, says the Antarctic Treaty will look at the safety of planned expeditions. 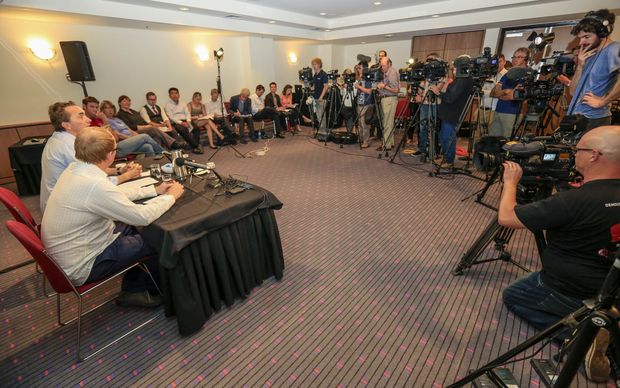