Community fundraising efforts have begun in New Zealand for those affected by the 7.8 earthquake that struck Nepal. 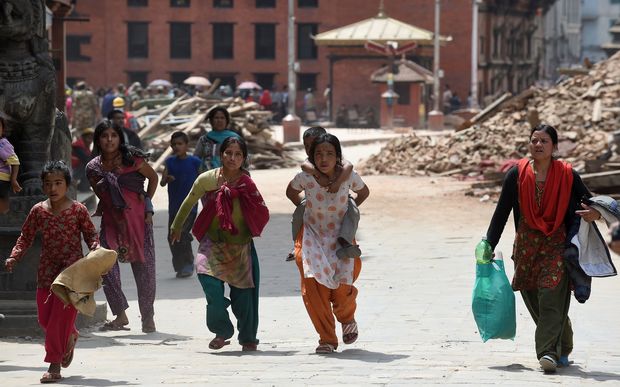 Hundreds of New Zealanders with relatives in the country have been desperately trying to contact their loved ones, but phone lines have been down making it difficult to check whether they escaped the disaster unharmed.

For those who have had word, their efforts are already turning to what they can do to help.

Rajesh Dhakal, who lives in Christchurch, was at a dinner party when news of the earthquake first broke.

His thoughts immediately went to his parents, brother, sister and extended family who live in Nepal and he raced to make contact with them.

"We all tried to get in touch with our nearest and dearest, but the phoneline wasn't working."

Fortunately, through social media and other internet apps like Viber and Skype, he discovered they were all safe.

He described that moment as a surge of relief, but he knows other families were not as lucky.

"I felt very much relieved that they were safe... but it was a partial relief, because I still knew a lot of people from my country of birth will have died."

New Zealand Nepal Society president Uddhav Adhikary said most of the club's 390 members had been able to contact their families.

Though none so far have lost relatives, some family members have lost their homes.

Mr Adhikary's own family have been forced to live in a tent as their house is too dangerous to live in.

He said getting access to food and water and rebuilding their homes would be difficult.

He has created a fundraiser to help, which is one of many set up by members of New Zealand's Nepalese community.

There are also several pages on the Givealittle website, [https://givealittle.co.nz/cause/nz4nepal

including #NZ4Nepal.] As of Monday night, $45,000 had been raised across multiple Givealittle pages.