Burger King's decision to scrap television advertising to children and toys with its kids' meals is a step in the right direction but not a recipe for beating child obesity, public health experts say. 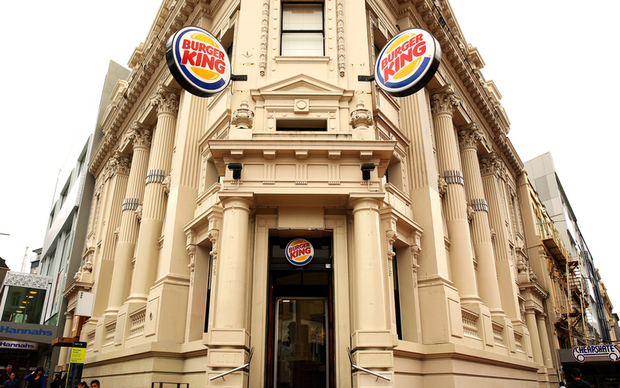 The fast food chain's move is fuelling calls by some for a ban on all junk food advertising to children.

Burger King New Zealand chief executive John Hunter said the decision to pull the plug on TV ads for kids - which they did last year - and now drop toys was part of the company's ongoing commitment to the Advertising Standards Authority Children's Code for Advertising Food.

"We no longer feel it is relevant to include and advertise a plastic toy as part of our kids' meal options."

Another spokesperson for the company, James Woodbridge, agreed with Morning Report's Kim Hill that the move would also help the company cut costs and potentially reduce the prices of its meals.

"Yes, that is one of the results of what we've done."

Mr Woodbridge said the entertainment value of the toys also appeared to have dropped.

"We hear from parents that the 20-second play value that kids get out of a small bit of plastic is much less relevant these days, particularly with the way kids have moved on in their consumption of entertainment products."

Earlier, Mr Woodbridge confirmed that stocks of toys at the company's 82 outlets were due to run out next month and would not be replaced.

Dr Robyn Toomath, from the group Fight the Obesity Epidemic, said public health campaigners "must be grateful for any move in the right direction".

But, she said, with nearly one in three Kiwi kids now overweight or obese, only urgent government action could make a real difference.

"We need a policy which restricts advertising to children across the board; we need to start using financial incentives on people to start eating healthily and that includes a tax on soft drink."

Associate Professor Louise Signal, from Otago University's Health Promotion and Policy Research Unit, said the voluntary code on food advertising to children was toothless because it had limited sanctions and there was no independent monitoring.

She said children were living in a world saturated with junk food and junk food marketing.

"Unfortunately, our obesity epidemic is substantial and this [move by Burger King] is not going to make much difference at all."

Advertising Standards Authority head Hilary Souter said, of the hundreds of complaints received each year, only two or three related to ads for children's food - which she put down to responsible advertisers.

"I think that advertisers generally are quite aware of their responsibilities."

Association of New Zealand Advertisers chief executive Lindsay Mouat said television advertising for children was already heavily restricted through the "Getting It Right for Children" initiative set up by advertisers and broadcasters.

"Some food and beverage manufacturers choose to voluntarily go further than what is required by the codes, as Burger King have announced, and while that it is appropriate for them, it is a decision for individual companies to make."

McDonald's New Zealand has also scrapped television advertising for children. The company declined to be interviewed, but in a written statement said it had no immediate plans to stop offering toys with children's meals.