Protests demanding an end to zero-hour contracts have taken place around the country. 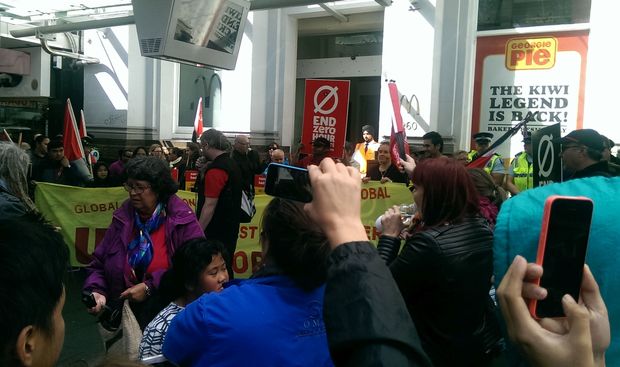 They want the fast food chain to scrap the controversial contracts, which mean workers have to be available for work but have no hours guaranteed.

About 100 people gathered outside Auckland's McDonald's store on Queen Street, holding placards and chanting - as well as blocking customers from entering.

At least a dozen police were there, but no arrests were made.

In Wellington and Palmerston North people also demonstrated and McDonald's confirmed that some of its employees walked off the job to join demonstrations.

McDonald's said it offered to move to a new contract system but the organiser of the protest, Unite Union, said the offer was a joke.

Unite Union spokesperson Mike Treen said McDonald's yesterday refused to budge from its proposal to guarantee 80 percent of rostered hours, up to a 40-hour cap.

Mr Treen said, given that staff work about 20 percent more than their rostered hours, that was not good enough.

He said he was confident the chain would soon surrender to public pressure and offer workers a more meaningful offer.

The union said that further protests were planned, and that people would march in Christchurch and Dunedin this evening.

A spokesperson for McDonald's said the company had made a meaningful and genuine offer to get rid of zero-hour contracts.

The spokesperson said it was not surprising Unite found fault with the offer and still intended to take action, given they already had plans to do so.

McDonald's believed that the protests were a publicity stunt. 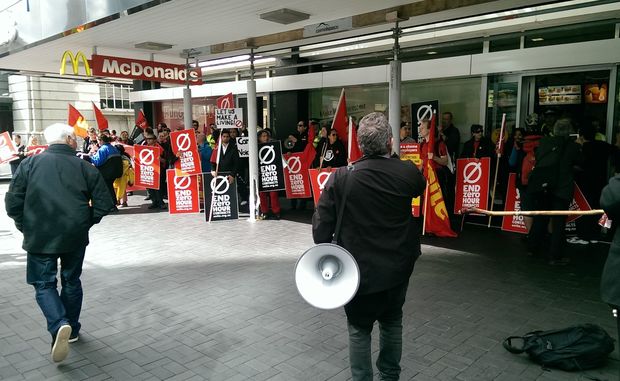 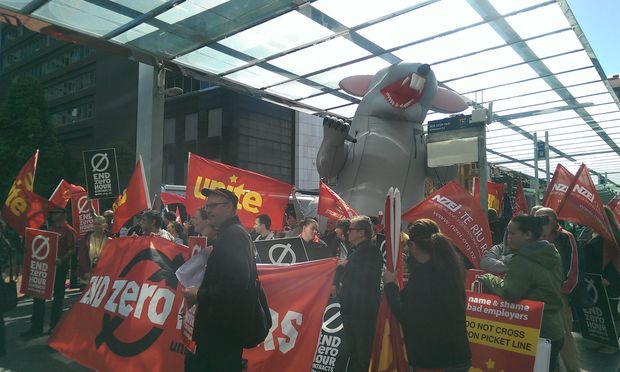 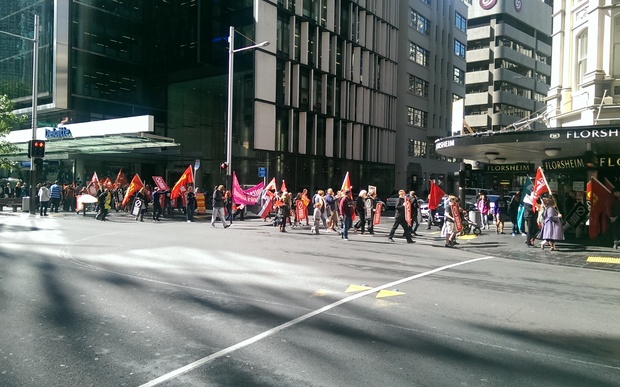