Restaurant Brands is happy to guarantee minimum hours for its employees, the company's chief executive says.

The company has agreed to end zero hours contracts by July for staff at its food chains, including KFC, Pizza Hut and Starbucks, in a new collective agreement negotiated with Unite Union. 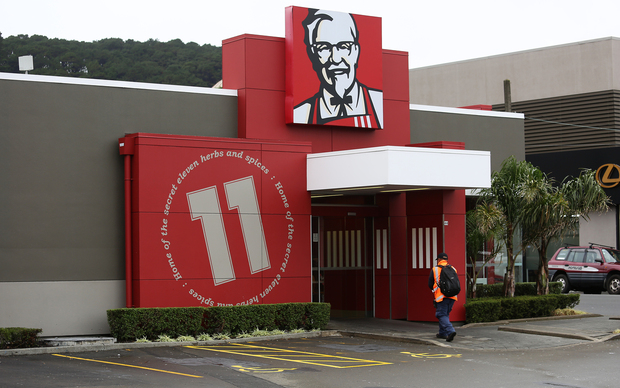 Under the controversial contracts, employees have to be available for work but have no hours guaranteed.

"Having permanent staff who stay with us, loyal, long tenure, is part of a successful business model for our industry," he told Morning Report.

Mr Creedy said the company had never really practised zero hour contracts, and this change provided better security for both workers and company.

"It's no secret that in our industry we employ a fair number of students, and unfortunately all the universities have student exams at the same time.

"So there's generally a bit of an exodus of hours worked around exam times and that is problematic for us, because the students are not always available.

"So getting greater security for availability is important and valuable to us."

A worker at a KFC restaurant on Auckland's north shore, Lucan Turnball, said he had sometimes struggled to pay for rent and public transport when he lost work hours under his contract.

He's happy about this new agreement.

"I won't have to worry about losing those hours that I have to definitely get to be able to pay the rent, to get to school, to get to work.

"Having that guarantee is one big thing that I'm definitely impressed and happy with."

Unite Union the proposal promised staff at least 80 percent of the average hours they have worked over a three-month period. Unite has 2000 members at the company and is recommending the new terms to members in a vote to be held over the next week or so.

National director Mike Treen said it was a giant step forward for the industry.

"Restaurant Brands is a public company, and I think that they recognised New Zealand society has moved on; that it's no longer acceptable in 21st century New Zealand for this type of contract to exist, so they're looking for a way to move with the times."

The Unite Union is now setting its sights on other major fast food chains. It will mount a campaign to try to convince McDonald's, Burger King and Wendy's to end zero hour contracts.

"It is time for New Zealanders to tell these profitable multi-national chains that they need to stop taking advantage of their often young and vulnerable workers and put an end to a labour practice that the people of New Zealand have made clear they find unacceptable," said Mr Treen.