Two native plants believed to be extinct have been rediscovered in the wild.

The herbs were spotted by Department of Conservation rangers over the summer.

One of the two plants, Dysphania pusilla - or pygmy goosefoot - had not been seen for 56 years and was believed to be extinct.

But, this summer, abundant growth was found almost simultaneously in Canterbury's McKenzie Basin and at Molesworth Station in south Marlborough.

The other herb, Leptinella filiformis - or slender button daisy - had not been seen in the wild since the 1990s.

The Department of Conservation said both plants grew in dry, open areas and it was now hoping to find out more about the species. 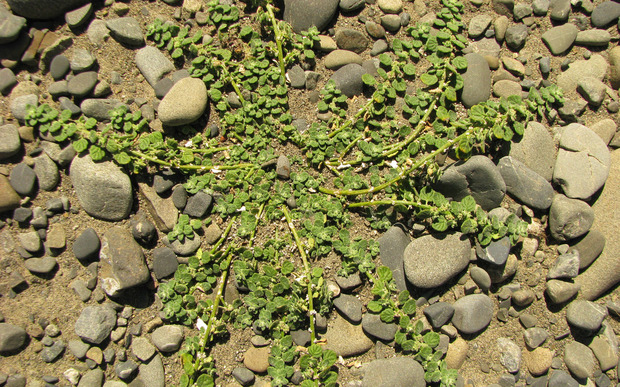 Pygmy goosefoot has been rediscovered in two parts of the South Island. Photo: SUPPLIED

The slender button daisy had not previously been seen since the 1990s. Photo: SUPPLIED

What are the plants and why does their rediscovery matter?