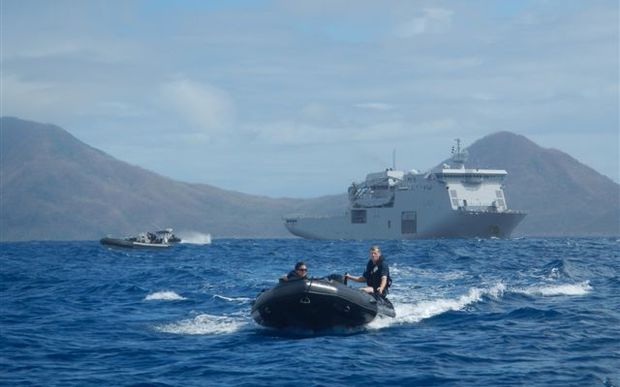 The Marine Survey Team taking Zodiacs ashore with military and USAR reps, then following up with food and water. Photo: SUPPLED

It said the amphibious sealift vessel Canterbury was working in rough conditions and shallow waters around the southern part of the Shepherd Islands and the islands of Makura and Mataso, where there has been little contact since the cyclone hit.

In many cases, inflatable rescue boats had been required to get much-needed food, water and medical teams through shoals and reefs.

In many cases, small Zodiac inflatable boats had been the only means of getting ashore.

Commanding Officer of the Canterbury Commander Simon Rooke said a safety boat had to remain on standby in case of an accident.

The vessels were used to put teams of experts onshore, including doctors and nurses, Urban Search and Rescue staff and army engineers.

Meanwhile, the first cruise ship to visit Vanuatu since Cyclone Pam is due to arrive there on Wednesday.

The P and O Pacific Dawn cruise ship, with 2,000 passengers on board, left Brisbane on Saturday headed for Port Vila after the government confirmed the capital was safe for visitors.

Another P and O cruise ship will be three days behind and will also deliver relief supplies. 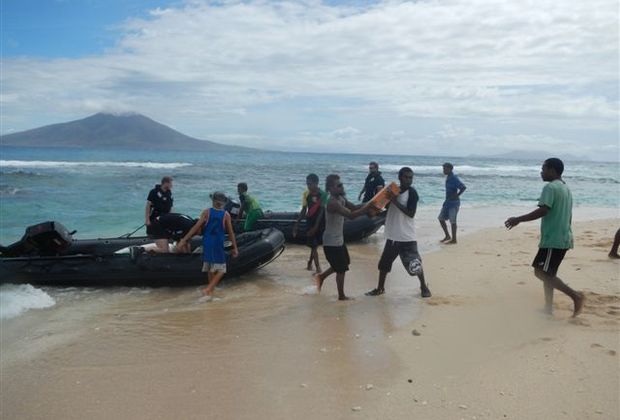 The Marine Survey Team taking Zodiacs ashore with military and USAR reps, then following up with food and water. Photo: SUPPLED