The Vanuatu minister of climate change has opened the first meeting of donor countries and international agencies to discuss the country's rehabilitation three weeks after Cyclone Pam hit. 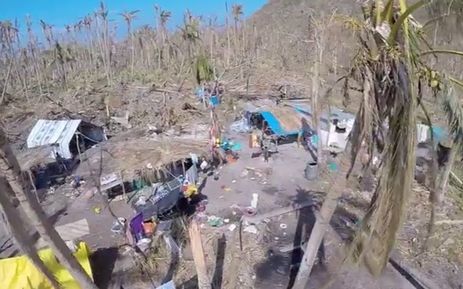 James Bule told aid donors in Port Vila that the government is now assessing the damage to public infrastructure across all islands affected by the cyclone.

" When this is done then we will be sure of the extent of the damage to the buildings as to how much the government is looking at and we need to seek assistance from the foreign governments and other international agencies to support us with this endeavour."

James Bule hopes aid donors and international agencies will respond to the government's request for assistance with its rehabilitation plans which he says will prioritise schools and hospitals in the first instance.

Meanwhile the minister is calling for door to door distribution of relief aid supplies in the capital Port Vila after constant complaints from some communities.

James Bule says the government has been utilising existing provincial government systems to help distribute aid fairly in and around Port Vila but after continuing complaints, he has suggested a door to door approach.

As the rapid relief response to Cyclone Pam continues to gain momentum, the national disaster management office is already undertaking the next phase of assessments to try and capture the overall damage in the country.

The director of the NDMO Shadrack Welegtabit says teams are already carrying out in-depth assessments in the field to try to build on data from the initial assessments.

Mr Welegtabit says a full report is expected by next week which he hopes will help to identify any gaps in the ongoing relief efforts.

Meanwhile Papua New Guinea government officials have been in Vanuatu to identify their needs.

PNG will provide engineers and experts to assist with the rehabilitation process.