More than 3000 people, according to Greenpeace's estimates, have protested in central Auckland against deep sea oil drilling. 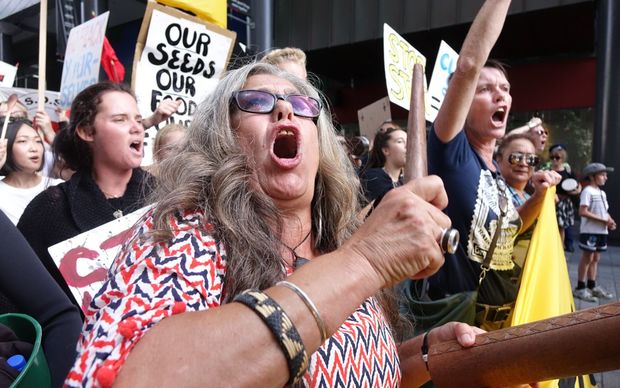 Over 3000 people have gathered outside the convention centre. Photo: RNZ / Kim Baker Wilson

The protesters came from a number of groups, including Greenpeace and Oil Free Auckland.

Greenpeace described the protest as being even bigger and louder than last year's.

For more than half an hour, the protesters blocked Federal Street, where a petroleum industry summit is being held at SkyCity over three days.

The summit is billed as the all-encompassing oil and gas event of the year, at which the Government will reveal its block offer for 2015, as well as start consultation over oil and gas exploration in an area covering more than 450,000 square kilometres. 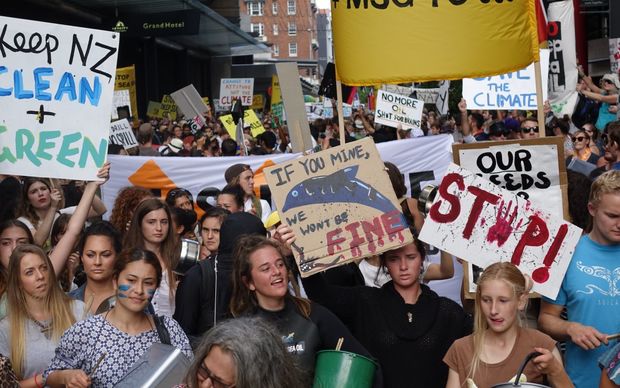 Almost 4,000 people said they would be attending the event on Facebook. Photo: RNZ / Kim Baker Wilson 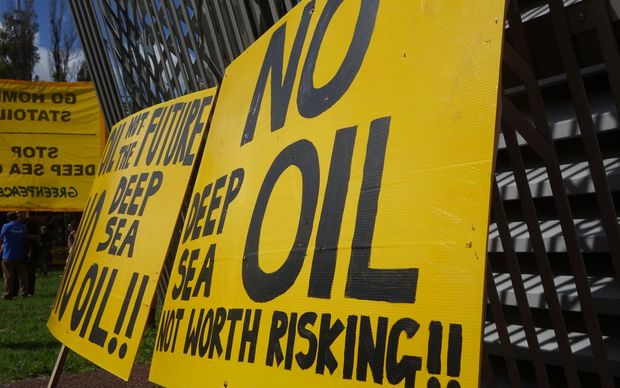 The protest was described on Facebook as speaking out against 'another glitzy oil conference in Auckland where Simon Bridges will continue his attempt to sell off our oceans to Big Oil.'

'Join us at Midday in Victoria Park to march to the conference where we'll make sure the oil industry and the Government hear loud and clear that New Zealanders do not want risky deep sea drilling in our waters.'

Thousands have turned up to protest against deep sea oil drilling ahead of petroleum summit @3NewsNZ pic.twitter.com/TClGazjIcs

Protesters were asked to bring a drum, in order to 'beat [them] in unison to symbolise ... seismic blasting happening in our oceans right now.' 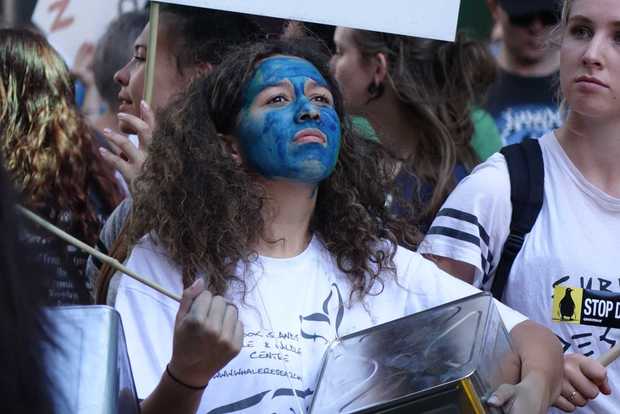 Over 3,500 people had said they would be attending the event on its Facebook page.

He said it offered very little benefit to New Zealand, but a large amount of risk.