Cyclone Pam is likely to hit the east of the country hardest when it reaches New Zealand in the early hours of Sunday morning, MetService says. 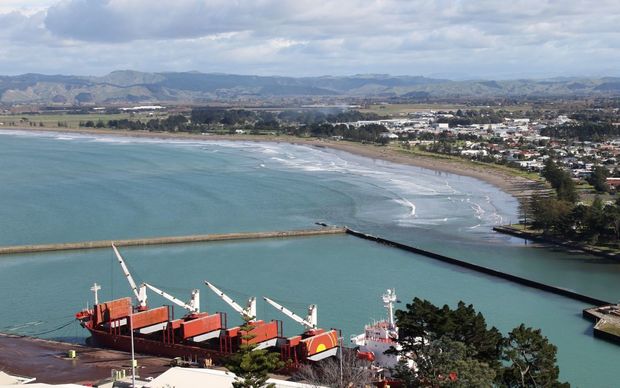 The category four storm is over the tropics, moving southwards towards Vanuatu.

MetService meteorologist Georgina Griffiths said the cyclone was expected to become a category five storm tomorrow, then weaken to category four by the time it reaches New Zealand.

Updates on Cyclone Pam in Vanuatu and Fiji

Ms Griffiths said people would need to keep up with weather warnings, particularly on the East Coast.

She said Gisborne and northern Hawke's Bay were likely to get severe south-east gales and heavy rain.

MetService said there was some uncertainty as to the exact path the storm would take, and forecasters were keeping a close eye on it.

Gisborne Civil Defence said Cyclone Pam could be the worst storm in recorded history to hit New Zealand when it arrives on Sunday.

In an interview this morning, Gisborne Civil Defence spokesperson Richard Steele said forecasts out of the United States and Europe indicated Cyclone Pam could be worse than Cyclone Bola in the 1980s which killed three people and caused $82 million in damage.

"Seas are expected to be nothing like we have seen before with 6-8m storm surges and some more on top of that depending on the wind," he said.

Coastal erosion would probably be significant with the threat of state highway closures in several places.

People in coastal areas were advised to keep close eye on the sea, Mr Steele said.

"If travelling up the coast check road conditions before leaving, and travelling in general in exposed areas will be hazardous for several days," he said.

Coastal schools should be prepared for closure on Monday and city schools with rural bus students could be affected.

Freedom campers along the East Coast were being advised to move on.

Civil Defence said people should keep an ear on weather forecasts and keep up-to-date as large parts of the North Island could be hit by the cyclone.

Meanwhile, the start of the fifth leg of the Volvo Ocean race from Auckland has been delayed because of Cyclone Pam. Yachts were due to leave Auckand for Itajai in Brazil on Sunday but organisers said the earliest the boats would now depart was Monday afternoon.