The start of the fifth leg of the Volvo Ocean race from Auckland has been delayed because of Cyclone Pam.

The leg from Auckland to Itajai in Brazil was due to leave on Sunday but race organisers say the earliest the boats will now depart is Monday afternoon at two o'clock.

However a final decision on just when the 6 boats will leave Auckland will be made tomorrow. 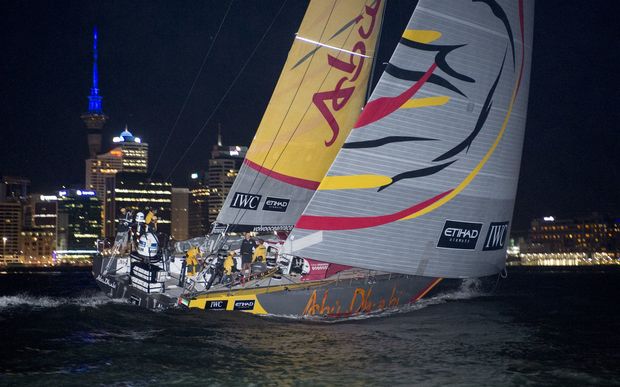 Abu Dhabi arrives in Auckland at the completion of the fourth leg of the Volvo Ocean race. Photo: Photosport

The fifth leg is the longest and most challenging stage of the nine-month race and will take the fleet through the Southern Ocean.

The 70 thousand kilometre race is due to finish in June in Gothenburg in Sweden, after visiting 11 ports in total and every continent.