A new south Auckland charter school has taken a swing at state schools but another says it wants to support its neighbours rather than compete with them.

Te Kura Maori o Waatea in Mangere said it has been set up because some state schools are failing their Maori students.

In contrast, Pacific Advance Senior School in Otahuhu said it will be helping local secondary schools by taking on the teens they are struggling with.

The schools are among four new charter schools that have opened this year joining five that started last year. 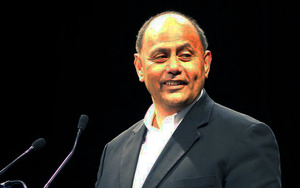 He hopes the publicly-funded private school will grow to 200 children within five years, but in doing so he does not want to run the two other kura in the area out of business.

However Willie Jackson is less complimentary about mainstream state schools.

"Some of the schools are not performing. There are plenty of mainstream schools who are not giving our kids the type of support and education they deserve," he said.

Willie Jackson said the kura has guaranteed funding for at least 60 students, even though it will not have enough buildings for that many until later in the year.

He acknowledges that might become a source of criticism.

"The problem is the critics will never shut up. They don't care what we do. They don't want to know about us turning around people's lives. We're in this not for the few extra dollars that they're going to grumble about. We're in this to turn around our kids' lives and too many Maori kids are failing in mainstream."

The other new charter school in the area is Pacific Advance Senior School, run by the Pacific Peoples Advancement Trust.

Trust chairperson Michael Jones said the school is aimed at teens who are failing in regular schools and he hopes those schools do not see Pacific Advance as a threat. 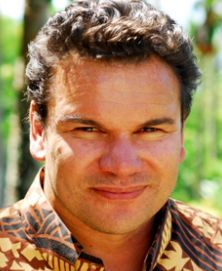 "We really see it as complementing what's happening in mainstream and in a way supporting in the sense that where those students who might have found it difficult in mainstream. There is a pathway within PASS, Pacific Advance Senior School, that potentially would work better for them."

Though many in the state sector have strongly criticised charter schools, principal of Otahuhu College Neil Watson admits Pacific Advance Senior School could be good for his community.

"To a degree it's competition, yes, that always encourages to look at how you can do things better. And I think that's healthy.