Kiwifruit orchards in the Bay of Plenty are now selling for the same, or more, than before the deadly PSA disease hit New Zealand.

The vine-killing bacteria struck in 2010 and is is estimated to have cost the country close to $900 million. It wiped out some orchards and resulted in fire sales by people worried about the decreasing value of their properties. 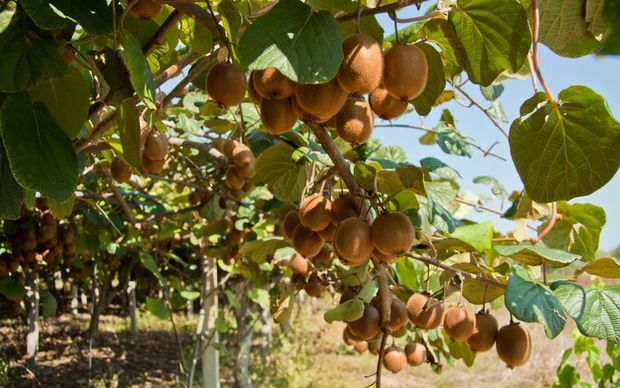 But figures from valuation company Telfer Young's show prices at a much higher level than before the disease hit, when good quality orchards were selling for up to $250,000, a hectare excluding the crop.

Growers are also getting paid more for their crop than they did before PSA, possibly contributing to the higher prices.

Telfer Young valuer John Middleton said many people reaching the retirement age had been in a position to to wait for the market to improve and were taking the opportunity to exit the industry.

However there was still some worry about the future among growers.

Figures from the Real Estate Institute also show horticulture farm sales, which can include kiwifruit crops, have increased.

Ninety-eight horticulture properties were sold last year, compared with 50 in 2013.

He said strong returns made it a good investment, but not everyone should run out and buy an orchard.

"And most of the investment in the recent 18 months in kiwifruit has been from existing players in the industry."

The Bay of Plenty economy relies heavily on the kiwifruit industry and ASB Rural Manager, Brian Sparrow, said having an optimistic outlook would bring some gains to the region.

"It does create a lot of spin off. In terms of employment, looking ahead over the next couple of years, we're expecting the volumes of gold kiwifruit to increase significantly, so it means the packhouses, the coolstores will be at capacity.

"It creates more on orchard jobs - in terms of vine management, pruning ... there's more capital, more cash, in the community."