The last week of school holidays is shaping up to be hot and humid nationwide. 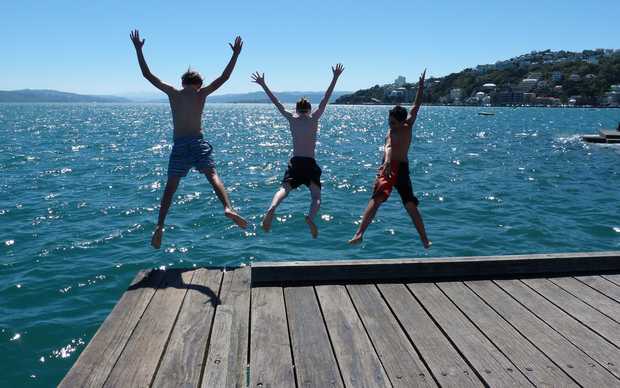 National Institute of Water and Atmospheric Research (NIWA) data shows many areas are having record-breaking long dry spells, especially at Waipara in North Canterbury, where it has not rained for 55 days - the longest spell since 1987.

Timaru has taken out the record high to date with nearly 37degC, and Hamilton has the highest average temperature for January at 25.9degC.

Last summer was not as warm but temperatures from November to February were more consistent, he said.

The country could expect a little unsettled weather this week as a low moved in briefly but temperatures would not be affected.

MetService meteorologist John Law said the eastern side of the country could expect low cloud and humid weather early this week but temperatures would still soar nationwide.

School students at Wellington's Oriental Bay say they have been swimming most days this summer and plan to swim after school once it goes back next week.

January would be the driest on record if no more rain fell before the end of the month, Mr Macara said. 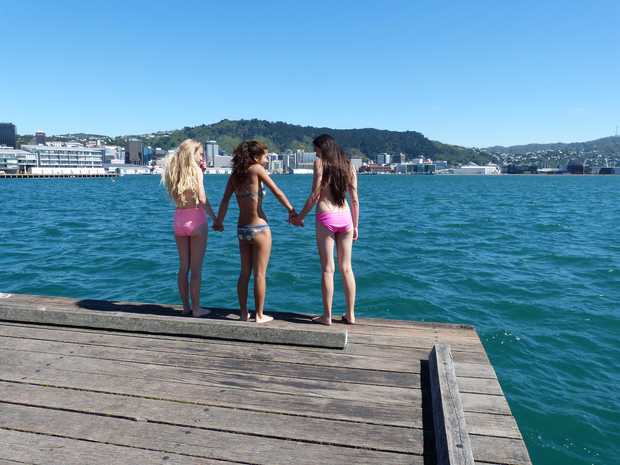 Lea, Jahrna and Emma work up the courage to leap in. Photo: RNZ / Alexa Cook