An international survey has ranked Auckland's housing market one of the ten least affordable in the world. 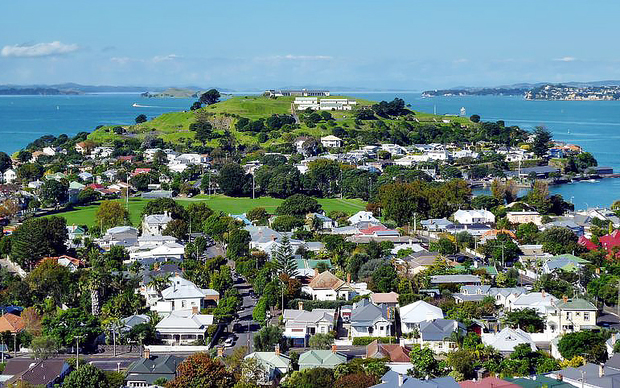 The Demographia International Housing Affordability Survey, released this morning, compared nearly 400 cities, including 86 that have populations of a million or more.

Auckland's housing has been ranked severely unaffordable in each of the eleven annual surveys so far.

One of the authors, Christchurch researcher Hugh Pavletich, said it was worse this year than it had ever been.

"The housing has got progressively worse and dramatically worse these past two years to the extent that it is now 8.2 times household incomes. Auckland is in a housing crisis and the politicians are certainly not acting fast enough to address the issue."

Initiatives such as Auckland's special housing areas, which since 2013 have allowed for fast-tracked development in certain parts of the region, had helped, Mr Pavletich said.

But development had still been slowed down by debate over who should pay for infrastructure, such as water pipes, and the consenting process, he said.

"We're not seeing these subdivisions started physically quick enough. We're completely bogged down with process and infrastructure financing ... It's really a dog's breakfast a lot of the legislation that we're dealing with over land use in New Zealand - it's just horrendous - and the housing accords are not really bypassing it adequately enough." 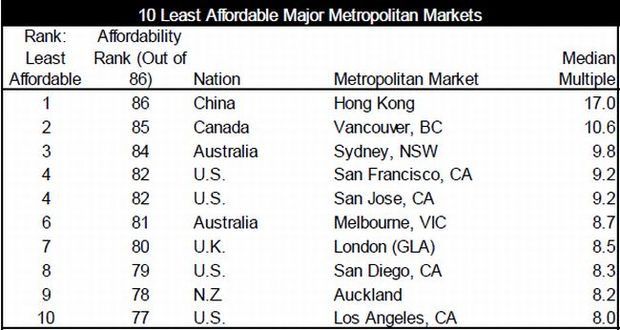 Auckland Mayor Len Brown said the city's housing bottleneck would soon be eased given the number of building consents in the pipeline and the number of presold apartments being built.

Mr Brown told Morning Report up to 11,000 houses and apartments were likely to be built in Auckland this year.

"Given the fact that there are a significant number of apartments coming through on top of that with a high level presold ... we're now seeing supply actually meet demand.

Property Council chief executive Connal Townsend said curtailing public consultation on resource consents - and leaving the decisions up to urban planners - would be one way to significantly lower development costs.

It was an unpalatable solution though, he said.

However, a professor of property at Auckland University, Laurence Murphy, said the Demographia survey and Mr Townsend's views were too simplistic.

"Removing the planning constraints [and] allowing for a massive increase in property development - it's been modelled that even if we do that the impact on house prices is going to be quite limited for a long period of time. Partly that reflects that what drives house prices is the existing house prices and people's expectations."

There was something other than eye-watering prices that the top ten least affordable cities shared, Dr Murphy said.

"If you look at the cities that are expensive around the world, they're cities that are attractive - London, Vancouver, Hong Kong - they attract people to them ... so that's one of the issues we have to grapple with - can you have a really affordable housing market when there's such high demand for it?"

Government initiatives could limit price increases in the medium to long term, but as long as people wanted to live in Auckland, it would be an expensive prospect, he said.