The lawyer for a New Zealander arrested for drug-smuggling in Bali says his client's charges are still unclear as none have been received in writing. 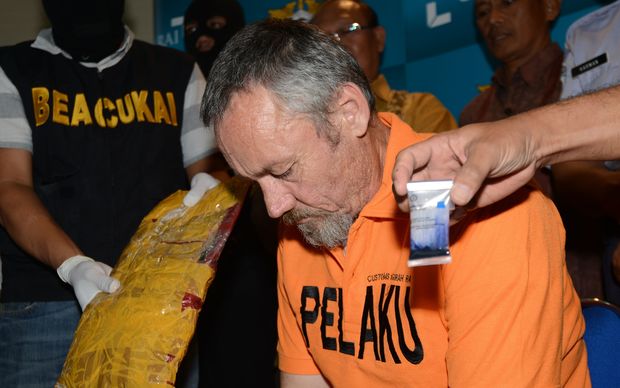 Antony de Malmanche of New Zealand sits as evidence is placed next to him during a press conference in Denpasar, Bali. Photo: AFP

Antony de Malmanche was detained by the Balinese police last month for allegedly trying to bring nearly two kilograms of methamphetamine into Indonesia.

His lawyer Craig Tuck said he was still waiting to know exactly what the charges were, as the paperwork had not arrived and he was relying on anecdotal information at this stage.

"We're really just relying on conversations with police officers in the police headquarters involved here in the police investigation."

Mr Tuck has said a team of lawyers and forensic specialists was being formed to build Mr de Malmanche's defence.

He said he expected the trial to extend over 10 months.

The maximum penalty for drug importation in Indonesia is death.