A new code of practice for the use of fluoride in drinking water supplies has been released by Water New Zealand. 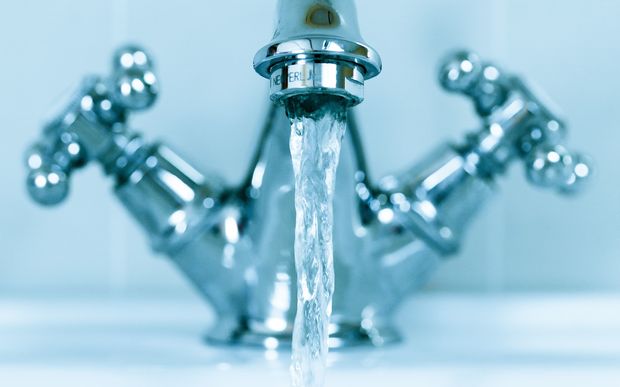 Flouridation is aimed at protecting people's teeth - but not everyone agrees with its benefits. Photo: AFP

The code was partially funded by the Ministry of Health, and includes measures such as having independent checks of water fluoridation plants and an automatic shutdown if fluoride exceeds 1.2 milligrams per litre of water.

John Pfahlert, the chief executive of Water New Zealand, which represents the water sector, said the code of practice was released to help inform councils about the advantages and procedures of water flouridation.

"It also can be picked up and used by community groups who are perhaps concerned about fluoridation that is being discussed by a local council," he said.

"It's not trying to push fluoridation. That's a decision for local councils and communities to make together. What we're trying to do is make sure they have good information at their disposal."

The flouridation of drinking water has been aimed at protecting people's teeth against tooth decay - but not everyone agrees with its benefits.

Councils in Hamilton and South Taranaki, for example, have recently found themselves in expensive court battles with anti-fluoride campaigners.

Local Government New Zealand president Lawrence Yule welcomed the code but said it did not take away the controversy of the practice.

"I think it's helpful for people that are using fluoride, but I think by far the biggest issue is around whether in fact fluoride should or shouldn't be in the water and who should be the appropiate authority to make that decision."

At an annual conference, councils voted by a majority for the responsibility of fluoridation to be passed on to the Ministry of Health.

"It is squarely our view that fluoridation is a health issue and it should be controlled by the Ministry of Health, rather than local government. Local government only gets to make these decisions because we own and operate the assets in which fluoride is put."

'I'm sick and tired of taking out teeth'

The anti-flouridation lobby group New Health New Zealand in October lost a bid in the High Court to block the fluoridation of water supplies and rule it as a medicine, but it is appealing that decision.

The group's lawyer, Lisa Hansen, said having up to one milligram per litre of fluoride in water - a target in the Water New Zealand code - did not limit people's intake to that amount.

"If you drink very little fluoridated water, you'll get a low dose, but for people who have high water intake, they will get considerably more."

Ms Hansen was also suspicious of the code's release, saying it was conveniently timed with the Ministry of Health's call for submissions on a proposed amendment to the Medicines Act, which aims to provide legal clarity that fluoride substances in drinking water are not medicines.

"As a clinical dentist, I'm sick and tired of taking out teeth from young children who live [in an] unfluoridated region," he said.

"We know, or the evidence suggests, that if a child is living in an unflouridated area, then they have a 40 percent more chance of developing tooth decay."

Water New Zealand said the code should apply to all new and upgraded water fluoridation plants after 1 January 2015, and to existing plants from January 2020, although complying was not a legal requirement.