One of the world's most respected longitudinal development studies has found no link between intelligence and fluoride in water supplies.

About half of New Zealand's water supplies are fluoridated to improve the health of people's teeth. 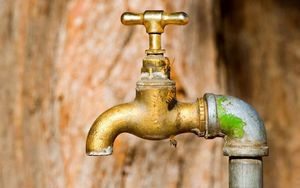 The practice of fluoridating water has long been controversial, with some groups pushing city councils to have it stopped and taking cases to court.

The Dunedin Multidisciplinary Study conducted by the University of Otago investigated 1000 people who live in areas with and without fluoridated water, measuring IQ between the ages of 7 and 13, and again at 38.

The study found that drinking fluoridated water made no difference to IQ and there was no link between fluoride and impaired brain development.

The Otago team says past research suggesting a link between fluoridation and intelligence have been discredited, and their study should be the nail in the coffin of that argument.

Lead author Jonathan Broadbent says anti-fluoride groups often refer to a Harvard University study that seemed to link fluoride with low IQs. However, he says that research ignored factors such as the socio-economic status of those studied, which can have a big impact on IQs.