Dentists are disputing new research claiming tooth decay is declining in New Zealand, saying it is not giving the full picture.

The research compiled by Roy Morgan Research over the past five years shows a lower rate of decay in young teenagers, and noticeable drops in the 18 to 34-years-old age group. 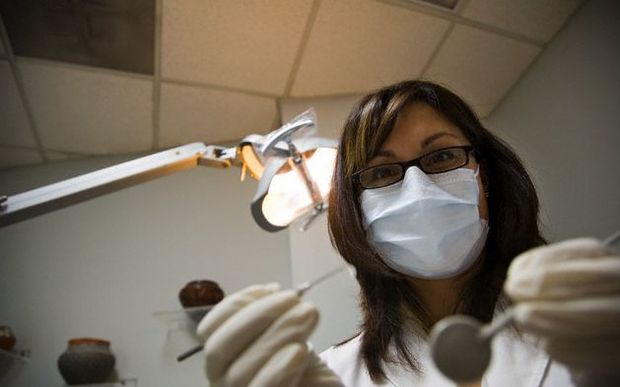 The greatest fall occurred among teenagers aged 14 to 17-years-old, with only 4 percent reporting tooth decay in the 12 months to June 2014.

"For that age group, basic dental care is free, and we also know that about 30 percent of that age group don't attend dental visits.

"So there is 30 percent that you can take out of that figure already," he said.

The research was compiled by interviewing 15,000 New Zealanders annually during the five year survey period, about their dental visits.

Bernadette Drummond is a professor of paediatric dentistry at the University of Otago, and questions the accuracy of the Roy Morgan Research.

"There are significant numbers of young people with decay, it's a problem that hasn't gone away.

"While access to care is free, just going to the dentist doesn't stop decay, and the concern is that once young people are 18, they're set free with no disposable income to look after their teeth," she said.

The dental data also shows a just over 3 percent drop in decay for the 35 to 64-year-old age group.

A Masterton dentist with 25 years experience, Kevin Wong said he has seen an improvement in that age group.

He said he is still doing just as many root canal operations as he was when he started his practice, but fewer full teeth replacements.

"Back 20-years ago I was doing double the amount of these procedures, so it's dropped a lot since then," he said.

The data showed tooth decay is growing in the over 65s.

Despite some of their misgivings over the Roy Morgan Research, dentists spoken to by Radio New Zealand all agree that there has been a significant drop in tooth decay over the past 20 years, which they put down to fluoride in water, improved general health and better education.