Sir Peter Jackson has received his star on the Hollywood Walk of Fame. 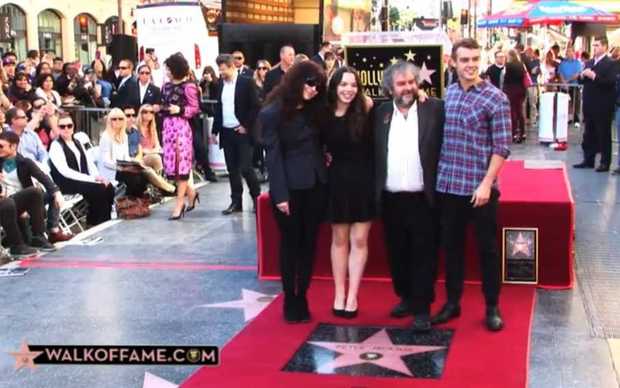 Peter Jackson, second from right, receives his own star in Hollywood. Photo: Walkoffame.com

The Oscar-winning director was given the honour at a ceremony in Los Angeles this morning, just days after his third and final Hobbit film had its premiere.

He gained the star in the category of Motion Pictures.

Known for the Lord of the Rings and Hobbit films, Peter Jackson also directed and produced the King Kong remake, District 9, Heavenly Creatures and Brain Dead.

At the ceremony Sir Peter thanked the thousands of crew who had worked on his films, the people of New Zealand and the Government.

"I was 12 years old, so I walked along this street and I looked at these stars and never, ever in my wildest dreams did I ever think I would find myself here today."

Actor Andy Serkis, who played Gollum in the Lord of the Rings and Hobbit films, described Sir Peter as a generous, honest story teller.