More than 100 Māori and Moriori ancestral remains have arrived at Te Papa this morning after more than a century overseas.

The remains are being formally welcomed to the museum with a pōwhiri by tribal leaders and representatives from the Government and the American Museum of Natural History in New York.

The repatriation is the largest of its kind in New Zealand's history. 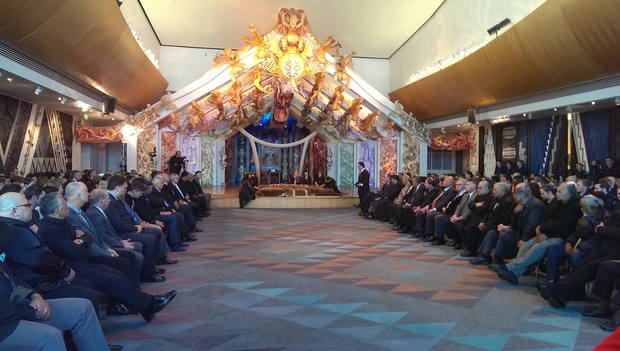 As the remains were welcomed to the national museum, kuia (Māori female elders) could be seen crying over the white boxes - draped in korowai (feather cloaks) - housing the remains.

Earlier, a large contingent of visitors slowly carried the remains onto the museum's marae, including representatives from the US Embassy, the American Museum of Natural History, iwi and the New Zealand Police.

Representatives from Ngāti Toa, the iwi in residency at Te Papa, have started welcoming the remains and visitors with whaikōrero (formal Te Reo speeches).

Te Papa staff asked for the return of the remains from the US museum in May 2013.

They will now go through a period of quarantine, conservation and research.