The Transport Accident Investigation Commission (TAIC) had ongoing concerns about the performance of a train controller who almost caused a head-on collision near Arthur's Pass, it says.

In a report released today, the commission said the controller had been involved in three operating irregularities in the previous 16 months, and eight incidents between 2008 to 2011. 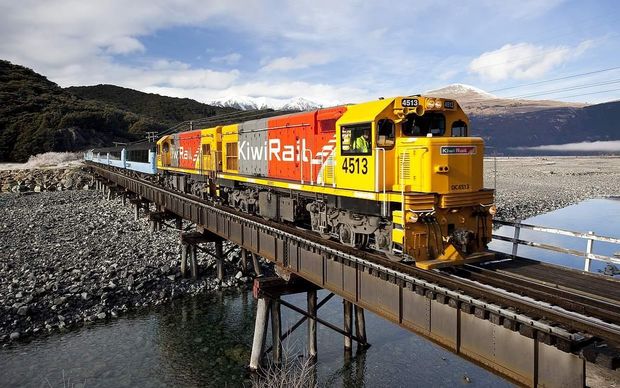 The Transport Accident Investigation Commission (TAIC) today released its report into a near-miss (not pictured) in 2013. Photo: PHOTO NZ

The commission said the man's fatigue, assumptions and a lack of focus were to blame for the incident involving a passenger train and a utility vehicle near the Otira Gorge in the South Island in June 2013.

The train controller gave technical crew permission to drive onto a rail bridge directly into the path of an oncoming train. He assumed that it had crossed the bridge and failed to verify its location.

The train's driver heard the controller's instruction and stopped within a short distance of the ute.

The report said there were ongoing concerns about the controller's performance and KiwiRail had identified his issues with concentration and focus.

The commission said the role was critical for safety and KiwiRail should not have let him continue in that position.

"They've been making changes around the fringes, we would call that, but in our opinion they haven't got to the core issues of managing train control and train controllers, and until they do that they're going to have problems."

Mr Burfoot said it was frustrating when safety problems were identified but not properly addressed.

"... really, the core of those recommendations, the heart of them, is not really being addressed. That's what we've seen in this case."

KiwiRail general manager of infrastructure and asset management David Gordon told Checkpoint that despite what happened, he backed the company's decision to keep the controller working.

"Would I have made the same set of decisions about this guy, in the information we had at the time leading up to him being a controller?

"I've gone through and reviewed the decisions we made on the basis of the evidence we had at that time and I think we made the right decisions."

Train controlling required a high level of focus and concentration, and measures had been enhanced to ensure that staff were rested and mentally alert when at work.

The company had hired more staff and was actively encouraging controllers to tell managers when they were tired, it said.

Rail union organiser Todd Valster said there needed to be a culture change within KiwiRail, so train controllers could speak up about how tired they were.

The union would be involved in a TAIC safety audit, commissioned in the wake of the report.

"They're a very proud and professional group, they work very hard, it's a high-stress job, similar to an air traffic controller, and they have immense responsibilities," he said.

"Sometimes people don't speak up, I suppose, but that's definitely a culture that we'll be working on."