The screening of The Hobbit: The Battle of the Five Armies coincides with the world premiere in London which was live-streamed at the event this morning.

The Hobbit and Lord of the Rings sagas end where they all began - in the Wellington suburb of Miramar.

Attending the special screening was the head of Weta Workshops, Sir Richard Taylor, and actors from the film, including Graham McTavish and Stephen Hunter.

Sir Richard Taylor said the special screening in Wellington marks the end of an era. He has worked on the Lord of the Rings and Hobbit films since 1998.

Sir Richard said it was important to him to celebrate the final Hobbit film in the place where it all began today.

"It feels like the films have been wrapped up beautifully and it's time to move on and it's a great thing to know it's all concluded with such graciousness and fun, with such skill and creativity from everyone involved."

He said he did not feel like he was missing out on the premiere.

"This is the place to be for us, I'd actually much prefer to be here amongst my friends cause you want to share it with everyone that went on this incredible, and crazy odyssey with you."

Sir Peter, who was at the London event, said the amount of fans at the screening was a "real boost" and gave him the impetus to work.

Heather Newton, who was one of those at the Roxy Cinema, said the film was intense, dramatic, and much scarier that the previous two.

Ms Newtown said it was also much more emotional than she expected, and she was sad the Lord of the Rings saga was now coming to an end. 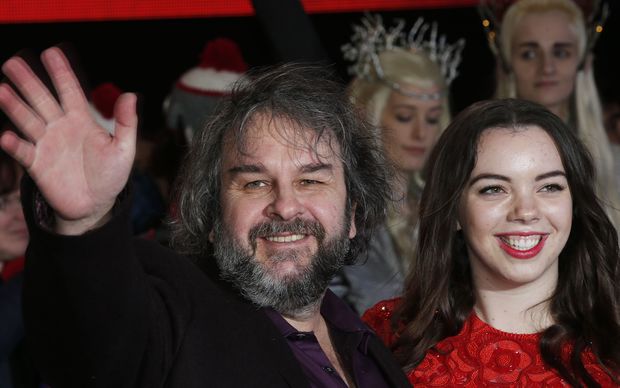 Sir Peter Jackson with his daughter Katie Jackson as they arrive at the premiere of "The Hobbit: The Battle of the Five Armies. Photo: Reuters

Promoters, Roadshow Film, said the event marked the end of an era and brings together the Wellington film community to celebrate Sir Peter's six Tolkien films. 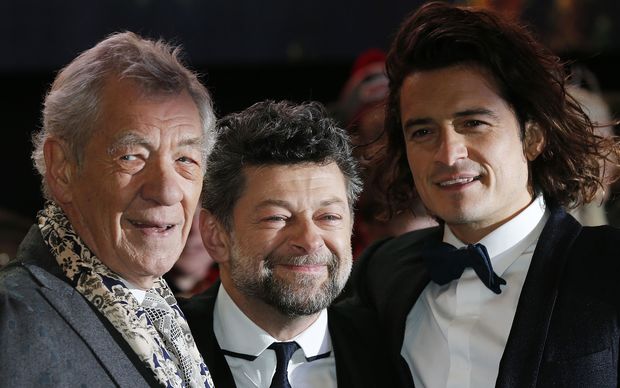 Co-owner of the Roxy, Jamie Selkirk said: "We're thrilled that our iconic, award winning cinema is playing host to such a significant and world-class event."

Early reaction to the film has been mostly positive.

The Guardian said it was a "fitting cap to an extended series that, if nothing else, has transformed Tolkien's place in the wider culture."

Variety magazine in the United States lauded the film's showpiece battle scene, but a review in The Telegraph said there was too much padding over the two and a half hour run time.

The film has its general release in New Zealand cinemas on 11 December. 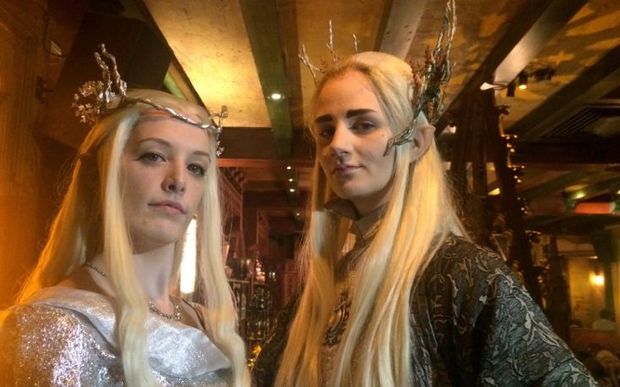 Fans in the UK celebrate at a party for the world premiere of The Battle of the Five Armies - the last Hobbit movie. Photo: AFP