The head of a Wellington-based film school says the production of Disney feature Pete's Dragon in the region will provide steady employment for graduates. 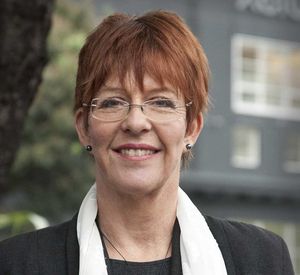 The project is set to inject up to 800 jobs into Wellington's screen industry over the next six months.

The city's economic development agency, Grow Wellington, said half of those would be for Wellington-based cast and crew, with the rest going to New Zealanders relocating to the capital for post-production work.

Filming would take place in Wellington, Wairarapa and Rotorua from January to April 2015.

The New Zealand Film and Television School's executive director, Sashi Meanger, said the production was a huge opportunity for students.

"This is the sort of news that we like to hear. It just means that our graduates are walking out into amazing positions and using everything they have trained for."

Mr Meanger said international film production in New Zealand was not getting in the way of local content because people still worked on their own projects between big jobs.

That was echoed by Wellington mayor Celia Wade Brown, who said the film industry was a big deal for the local economy, contributing $70 million last year.

"I think there's room for both the Wellington and New Zealand stories and international projects," she said.

"I think it's healthy to have a good mix. We certainly want stories that tell the world about Wellington but equally we are a global destination to make films."

They included jobs, increased business for hotels, restaurants and suppliers of food and building supplies, and showcased Wellington as a film destination on the world stage, he said.