The online auction company Trade Me says it would stop the sale of moa bones if they were being illegally sold on its site. 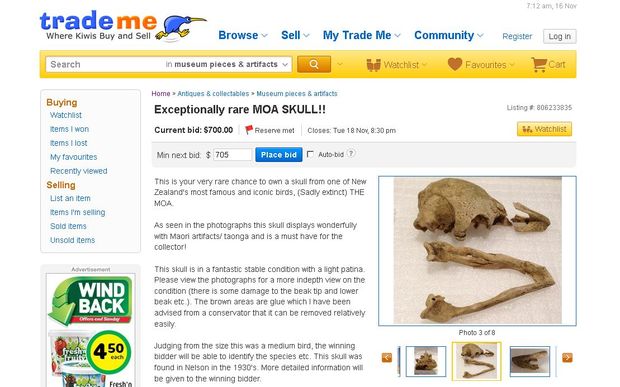 The Government is being asked by museum curators to step in and stop the sale of moa bones which have been looted from archaeological sites, on websites such as Trade Me.

Trade Me trust and safety manager John Duffy said it was legal to sell moa bones in New Zealand unless they had been taken from Department of Conservation land.

"If moa bones crop up on the site and we are concerned as to the origin of those moa bones, we will ask questions of the seller to verify where they've come from," he said.

"If they can't give us a satisfactory answer, those listings will be removed."

Mr Duffy said there had been one or two sales of moa bones on Trade Me, which were legal.