AC/DC drummer Phil Rudd has appeared in the Tauranga District Court this afternoon charged with trying to procure the murder of two people and threatening to kill one of them. 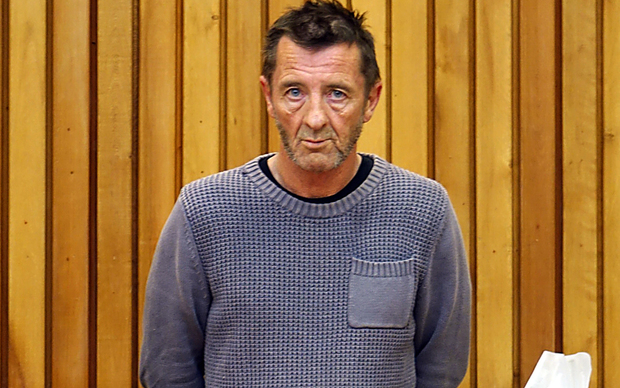 Rudd, 60, was also charged with possession of cannabis and methamphetamine.

The trying to procure murder charges and the threatening to kill charge relate to incidents on 25 and 26 September. The procurement charges carry a 10-year jail term.

The names of the victims and the person involved in the procurement charge are suppressed.

Rudd looked dishevelled when he appeared in court, and his lawyer told the judge he had been in police custody since 7am.

He was released on bail to his Tauranga home and will reappear in court on 27 November.

He was banned from having contact with the people named in the charges, and also from two specific streets in Tauranga.

The Australian-born Rudd moved to the seaside city of Tauranga after he was sacked from the AC/DC in 1983. He rejoined the band in 1994 but has remained in New Zealand, where he owns a restaurant.

AC/DC is due to release their first album in five years on December 2.