Hundreds of frontline primary and community healthcare workers in the Auckland region have been preparing to identify and treat suspected cases of Ebola. 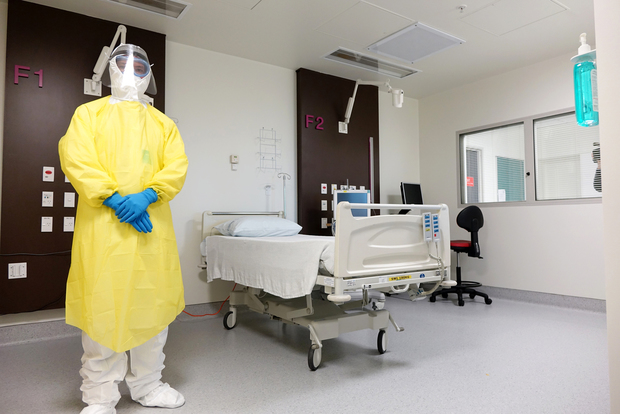 The community health workers attended a seminar organised by the University of Auckland's faculty of Medical and Health Sciences.

The 400 healthcare staff included GPs, nurses and pharmacists who

were briefed on regional planning and preparations to protect Aucklanders from Ebola.

Auckland's Medical Officer of Health Dr Shanika Perera told the seminar Auckland was unlikely to get a case due to New Zealand's geographical isolation, low traveller numbers and the lack of direct flights from West Africa.

She said screening of all in-bound passengers had already identified 73 people from infected countries, with only three of those cases requiring further assessment.

Dr Perera told the healthcare workers that symptoms were often non-specific and could mimic other diseases from Africa such as typhoid, malaria and meningitis.

Clinical microbiologist and infectious diseases expert Dr Sally Roberts told the forum suspected cases will come in via Auckland, Wellington or Christchurch airports and might include flights from Australia.

She said the travel history of a potential patient was very important including recording places, date and times of people they had been in contact with.

University of Auckland microbiologist Dr Souxsie Wiles said the incubation period for Ebola was from two to 21 days after exposure, but most people start showing symptoms at around eight or nine days.

She said Ebola was not an airborne disease and could only be caught via contact with body fluids once someone starts showing symptoms.