A 10m Humpback whale has washed up on Waikanae beach north of Wellington. 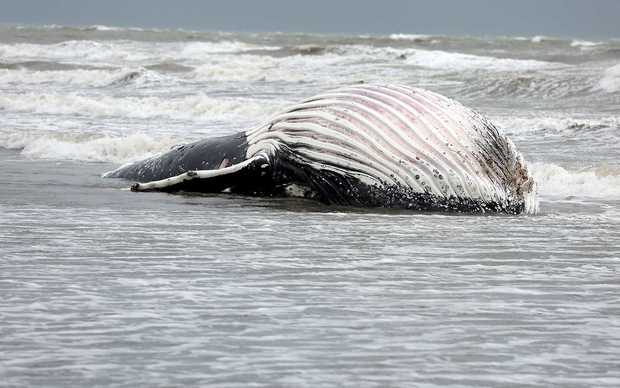 A Department of Conservation (DOC) ground crew is on site and is preparing the young adult whale for burial, which is expected to happen tomorrow.

A DOC spokesperson said it was likely the whale died at sea some time ago but they were trying to establish the cause of death.

The public was being urged to stay away from the site.

The whale would be measured, and a sample of blubber would be sent to Auckland University, the spokesperson said. However, an autopsy would not be carried out.

DOC ranger Jane Dobson said whales were known to die from getting tangled in fishing gear or being hit by ships.

"Machinery has been organised to help remove the whale from the beach and bury it at a location somewhere on the coast aware from public areas," Ms Dobson said.

"There has been quite a bit of rough weather coming in making it difficult getting the machinery onto the beach."

DOC would have security in place to keep people away from the whale, she said.

For more information on humpbacks go to http://www.doc.govt.nz/conservation/native-animals/marine-mammals/whales/