Aucklanders struggling to find a place to live are increasingly resorting to living in urban camping grounds and caravan parks.

Up against soaring property values and a competitive rental market, camping grounds are one alternative for those who need housing immediately.

The Salvation Army says more Aucklanders are being forced to take up the option, especially low-income earners who can not afford a bond and other set-up costs. 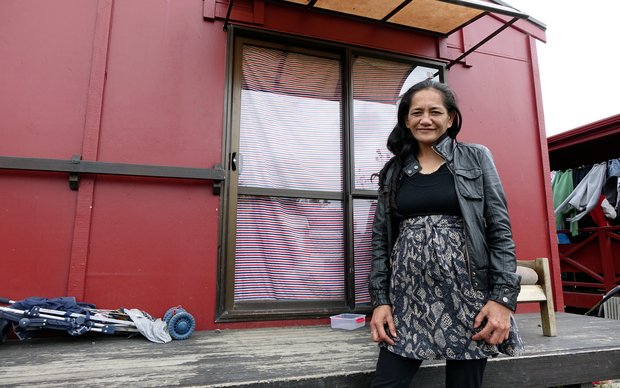 "I hate it here," she said. "I want to move out, I want my own place. There's nowhere for our kids to play."

She had returned to Auckland after living in Whangarei caring for her sick mother but struggled with high rents and a lack of suitable housing.

She said there was nothing else available for her to move into, whereas the park didn't require a bond and the first week's rent was free.

For the one-bedroom cabin she shares with her two children aged 10 and 12, Mandy pays $375 a week.

She said hers is not the only family crammed into these one-bedroom boxes. "There's kids in just about every unit in this place, and there's quite a few units," she said.

"I live with two kids in my unit, and I've got a lady who's got three kids in the one bedroom ... everyone's got over two kids in this place."

Mandy said she scoured the internet for places she could afford, but still called her cabin home. There was 24-hour security, a hub with social services on offer, and a sense of community.

"We're all in the same boat, sort of thing, so we're living here, we don't want to, we just have to make do with what we've got and sort of help each other out."

The Meadowcourt Caravan Park manager on Great South Road said vacancies in its 118 residences were rare, and most of the people there were long term customers. 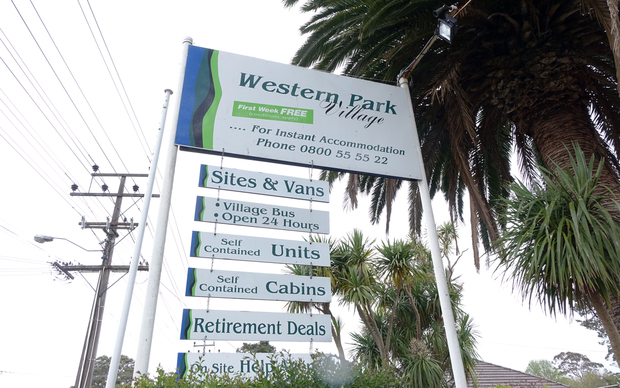 "They often offer no bond, so it's easy to get in - so it's an easy option when things are looking grim," she said.

Ms Waugh said others had simply been priced out of the housing market altogether.

"Predominantly (they're) people on a benefit, on those very low incomes, there are some low-income wage earners who end up there, and are just not saving enough to get into the property ladder, whether that's renting or buying."

As the housing market in Auckland has tightened, Salvation Army staff were seeing from five to 10 cases a week of families living in cars or tents.

Deputy mayor of Auckland Penny Hulse said families living in caravan parks is a sad reality of life in Auckland.

She told Morning Report the council wants to develop Wiltshire Village in west Auckland to add 100 units to the existing 400.

Ms Hulse said the council wants to redevelop its housing portfolio to provide more accommodation, and is hoping for Government support.

"The one ray of hope that we've absolutely got is the Government have made it clear, from their key ministers, that dealing with poverty is their number one focus.

"So council have been waiting for a while for Government to catch up with what the issues in Auckland are. We're waiting until we can partnership with them so that much of the work that we're doing will now have government support as well."

Ms Hulse described the situation as inadequate but said people have to go somewhere, and a caravan is better than sleeping in a car.