Trade Minister Tim Groser said medicines will not be made more expensive if New Zealand signs up to the Trans-Pacific Partnership Agreement. 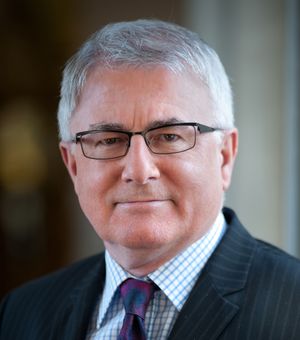 He was responding to yesterday's story on Morning Report that pharmaceutical companies wanted to maintain their monopoly over the drugs they produce for longer and limit competition from cheaper generic drugs.

The revelation was contained in leaked documents from the talks along with moves to limit the ability of journalists to report on so-called trade secrets.

But Mr Groser said, despite the size of the prize, New Zealand's ability to source cheap drugs through Pharmac would not be negotiated away.

"Trade negotiations start out sometimes with very extreme proposals, and then they meet resistance and then you refine them and I'm quite comfortable with the way things are going in this negotiation on this.

"There will be no fundamental change in Pharmac's operations as a result of the trade agreement."

The current rules prevented competing companies from producing generic versions of new drugs for up to 20 years, allowing the originator to reap large profits.

The leaked documents revealed drug companies want this period extended by up to 12 years.

Mr Groser confirmed this issue was still being negotiated but would not be drawn on whether drug companies were likely to get their way.

"You'll have to wait to see the final agreement but any decisions we take in terms of trade-offs will protect the essential public health system of this country."

Forensic psychiatrist Dr Erik Monasterio said the cost to the health system of sourcing a drug that was still under patent can be huge.

He cited the example of one used to treat schizophrenia that took up four percent of the country's annual drug buying budget before competition from generic drugs was introduced.

He said extending patents are just part of what the drug companies want included in the agreement.

"They are also looking to lower the bar to patentability which means that minor changes to medications that are going to have limited clinical benefits can seek terms of extension that will keep the prices of those medications up for far longer periods of time."

Dr Monasterio said whereas health professionals were being prevented from seeing the full text of the negotiations, drug companies were being given open access.

"Members of the pharmaceutical industry have direct access to the draft documents and they can actually lobby and make recommendations in relation to how the negotiations should proceed.

"And what they're seeking to do of course is to maintain the monopoly of their medications in order to ensure the highest possible return."

The latest leaks from the talks also included talk about making it a criminal offence to release so-called "trade secrets" including information detrimental to a party's economic interests.

He feared the clause could be used by companies to stifle criticism of their practices.

"Now it's in the public interest that that information becomes known but I believe that could fall under the definition of closely held secrets."

The latest round of TPP negotiations are underway in Australia this week which Mr Groser will attend over the weekend.