A British public health researcher who has spent a decade studying rugby injuries in children says the sport has become too dangerous for children to play. 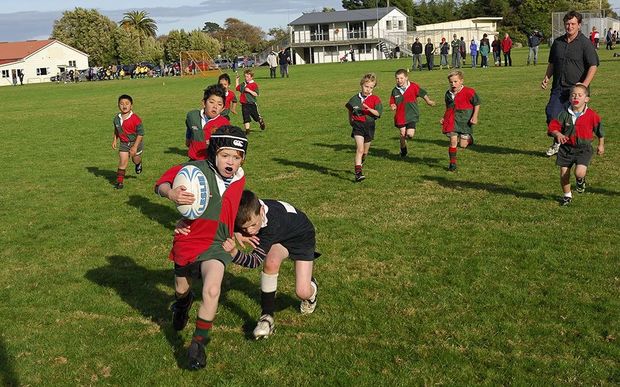 A British researcher says rugby has become too dangerous for children to play. Photo: PHOTO NZ

Allyson Pollock is a professor of public health research and policy at the University of London.

She has found a young person playing a full season of rugby has a 20 percent chance of getting an injury such as a concussion or a fracture - and that injury rate is three times higher than soccer.

Professor Pollock told Nine To Noon there was a culture in Britain of letting boys play on with a concussion, despite the risk that it can leave them with permanent brain damage.

She said there was a serious lack of data gathered on rugby injuries, and they were, in many cases, not reported at all.

"In many schools in the UK it's actually a compulsory sport, so children have no choice."

And she said because injury data are not being collected, or analysed, the rugby unions were hiding behind a veil of ignorance.

In addition to gathering data on injuries, she spoke to parents about the impact of those injuries, including permanent back and neck damage and time lost from education.

She revealed her findings in her book "Tackling Rugby: What Every Parent Should Know".

In New Zealand last year there were almost 22,500 ACC claims for rugby injuries for children 16 and under.

"ACC is a nationwide surveillance tool which is probably the envy of many countries in the western world, we have that surveillance long term and it's ongoing."

He said he agreed with Professor Pollock that research into injuries is important, and said New Zealand Rugby carried out such research, pointing to a recent large-scale study directly into the risks associated with tackles as well as a strong focus on managing concussion.